When I saw that Funko was doing a Doctor Who collection I wanted all of them, maybe I’ll get the rest later but as 10 is my favourite of the ones on the first wave he seemed like a good place to start. The prices for the Tenth Doctor figure seem to range from £8.99 to around £12 depending on where you find them but they seem to be available in most places I’ve found that sell Funkos as it’s still a recent range.

This figure is the Tenth Doctor figure based on the character played by David Tennant and is part of the Funk Pop Television range. I like the range available in this collection but I think it would have been nice to have the Ninth Doctor rather than the Fourth Doctor in there simply to have all the reboot ones in the first wave, though I do understand that Four played by Tom Baker is probably the most well known of the original series.

END_OF_DOCUMENT_TOKEN_TO_BE_REPLACED

Having not bought any Funko Pops until last year because there weren’t many franchises I was interested that they did, or that were being made when I found them, suddenly they started to make figures for a lot of my favourite shows. One of them is Sherlock, or I guess more specifically it’s Sherlock Holmes in general but I do like the Benedict Cumberbatch version. I originally meant to buy Mycroft and Irene Adler but then I found this Sherlock with Violin and I loved the detail so bought it a while ago. He’s been sat on my bookshelf, along with my Sherlock Holmes books, he just kept falling down the list of my Tuesday posts.

Funko Pop are vinyl figures, they’re normally 10cm (4”) tall though this does vary slightly with hair and details. They do some larger figures, like Hagrid in the Harry Potter range, but this is one of the standard sized figures. The price seems to vary a lot, it ranges between £9 and £12 that I’ve found online but this particular figure, at the time I got him, wasn’t available on most sites so I got him from Amazon which seems to be the best price often for these Funko Pops figures.

END_OF_DOCUMENT_TOKEN_TO_BE_REPLACED 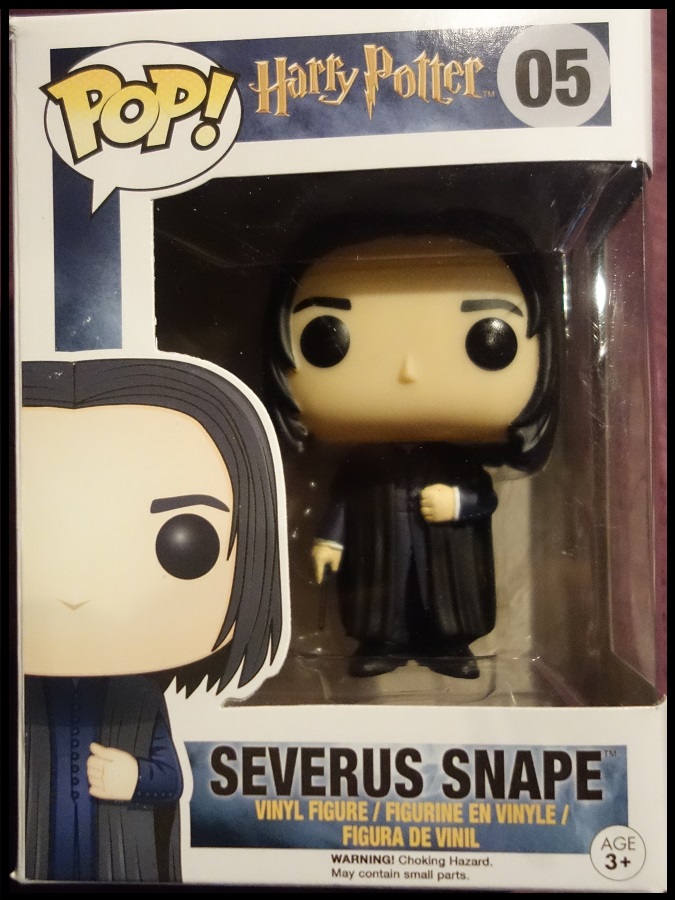 I have been wanting the Harry Potter Funko Pops since I heard they were releasing them and, nearly a year later, I have finally got one, or more specifically two but I’m only reviewing the one today. It’s going to be a pretty short review but I’ve included photos of some of the details so you can see exactly what the figure is like if you’re thinking about getting it.

The price for these seems to range quite a bit but I bought these when they were on Amazon.co.uk for around £9.20, they seem to go out of stock in suppliers on there pretty quickly but each time they were replaced by another that is dispatched by Amazon themselves so I stuck with them, even though some of the prices may have been less elsewhere I chose free postage so it kept the price lower in the end. I have seen it stocked in quite a few places online, I know they were on Forbidden Planet and there are some places that stock only Funk Pop figures so it might be worth looking around if you want one to see the best deal.