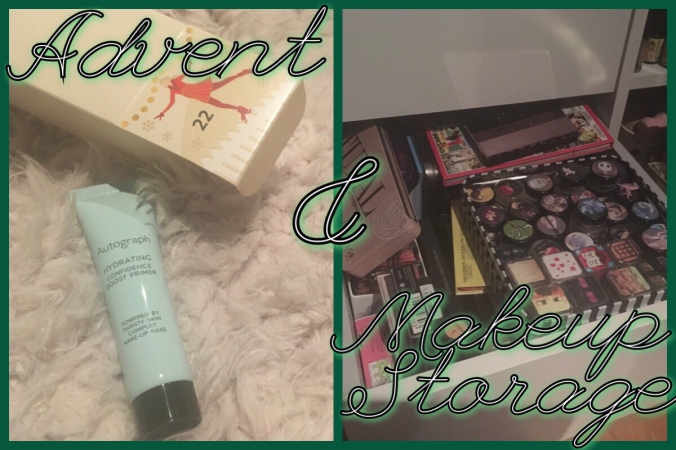 I’m never sure whether to class makeup primers as makeup or skin care, it’s sort of the step between the two, but it seems like this primer is also a moisturiser which is great if you have dry skin. The Autograph Hydrating Confidence Boost Primer is today’s gift from the Marks and Spencer’s beauty advent calendar so now you pretty much have the whole routine for pre makeup prep in mini sizes from this calendar. The full sized 30ml tube is £12.50 meaning this 15ml mini one is worth £6.75, so sort of mid range when it comes to price, and it’s cruelty free and vegan and vegetarian friendly.

It’s been a bit of a long project, or rather it’s been an on and off project, since I got the drawers for in my wardrobe to store my beauty things but it’s finally finished and I have my makeup drawer all organised. I’ve been thinking of doing a bit of a post on what I have and how I store it but not sure if anyone would be interested. It’s definitely not a big collection, it all fits in the one drawer, after my various destashing sessions throughout the year and probably half of it is eyeshadow palettes so not a huge variety in there either. Would anyone be interested in that?

END_OF_DOCUMENT_TOKEN_TO_BE_REPLACED 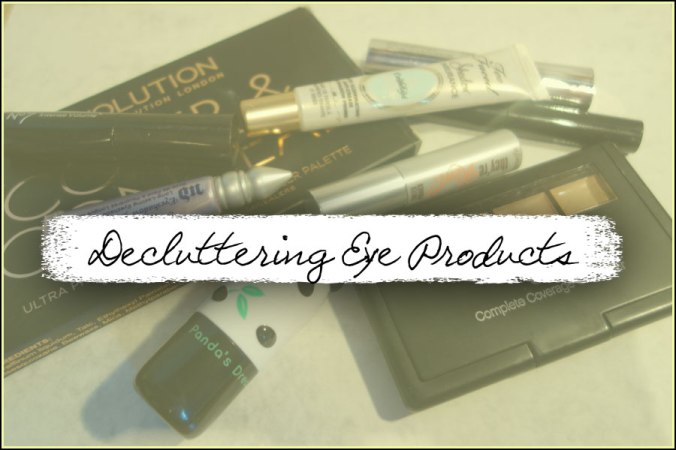 I have to admit I wasn’t entirely sure what to call this decluttering post as it sort of covers a lot of different eye products, basically anything that isn’t eyeshadow or eyeliner. I included my two concealer palettes in here because I only really used them as under eye concealers, though they could probably have gone in a face products post as well. As with my previous decluttering posts I’ll link to any posts I’ve done to review these products and link to any of the ones I really liked.

When I was going through my makeup products I realised I have so many unopened, unused mascaras in there so I could probably have actually got rid of a few more, I just do like to at least try one kind of mascara before I get rid of it. It feels like every one of those spend X amount or buy this many products sets seems to come with a mascara so I hardly ever actually buy any myself.

END_OF_DOCUMENT_TOKEN_TO_BE_REPLACED 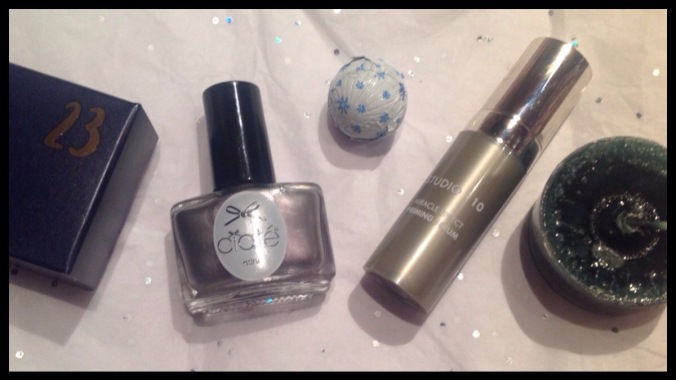 The Marks and Spencer advent calendar has a high end skin care product, the kind it’s fun to try but would be outside my budget for a daily use product in the Studio 10 Miracle Effect Priming Serum. The Yankee Candle is the very Christmassy scented Bundle Up and the Ciate Mini Mani Month had a mini bottle of Pliés Please Me, the Gelology version of a colour that’s a light blue or grey shimmer colour with a hint of a pink duochrome that gives it a light version of a petrol look nail varnish to me.
END_OF_DOCUMENT_TOKEN_TO_BE_REPLACED 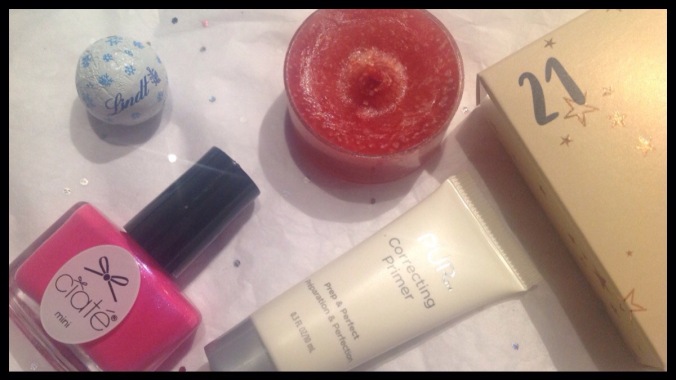 Four sleeps till Christmas and I’m not finished with present buying, this is definitely cutting it fine and the advent calendars are looking empty. I have to say that I am loving the snowballs in the Lindt advent calendar. They’re one of the Lindt products I haven’t tried before this and I love the mix of white and milk chocolate and how it’s all melty. They’ll probably be on my list of chocolates to get in the future at Christmas.

The other advent calendars today gave me a bright pink nail varnish in the Ciate Mini Mani Month and it’s called Cupcake Queen which is probably one of the most appropriate names from the calendar, to me anyway. The Marks and Spencer beauty advent calendar has a Pür Correcting Primer for normal skin which will be interesting to try and it’s a great travel size if I like it. The Yankee Candle is another Spiced Orange, one of the scents that has grown on me after the initial disappointment of it not being as orange as I expected the scent to be.
END_OF_DOCUMENT_TOKEN_TO_BE_REPLACED 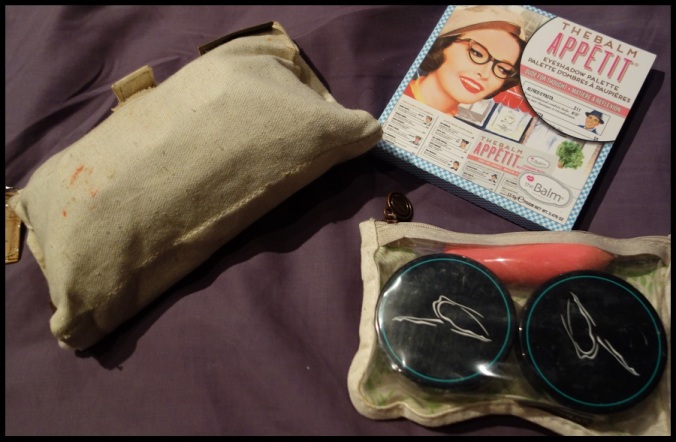 I did a post about the things I took in my makeup bag for travel over a year ago but I thought I’d do another after going away last week. Some of the things I didn’t use but it’s going to be the same things I’m taking away for family meetups and things in the lead up to Christmas so it seemed like a good time to post one anyway. I’m not normally too bad at packing light when it comes to makeup but I was surprised when I unpacked it all how much I took this time. I tend to go for taking only a few kinds of products but a range of colours in them.

I think that most of these things I’ve posted a review for so I’ll link it if I have so there’s a more in depth post on them and proper swatches if you’re interested in them. Almost everything is still available in stores, I think only the eyeliners might be hard to find but I haven’t found any that I like as much, I am on the lookout for a nice soft bronzey or gold colour if anyone has any suggestions though.

END_OF_DOCUMENT_TOKEN_TO_BE_REPLACED 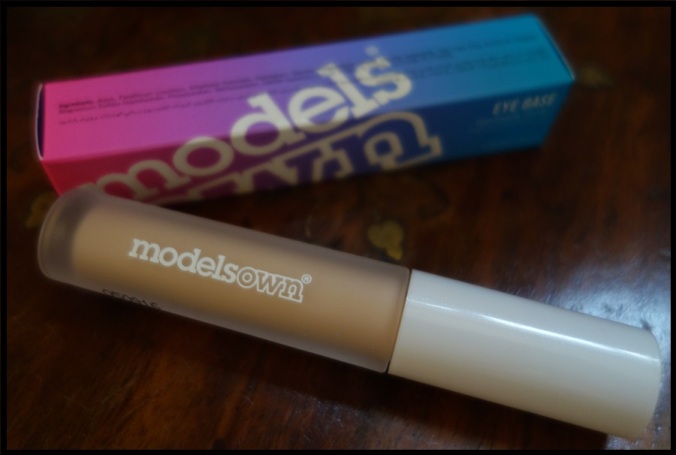 Over the past few years I’ve tried quite a few different eye primers and, when I was getting some things from the Models Own store online I saw that they do them and, as they cost less than my current Urban Decay Primer Potion at £6.99 I wanted to see how it compared. I used to love the Elf Studio eyeshadow primer that came in a double ended thing with an eyeliner primer too I think but I haven’t been able to find it recently so I’ve been looking for a lower budget replacement to the UD.

There are different finished for their Eye Base eyeshadow primer, the one I chose is matte as I do like matte eyeshadows recently so I thought it might help to keep the finish better. They’re all £5.99 and available from the Models Own website as well as on Superdrug and Asos. I guess they’re probably available in most places that sell the Models Own makeup range but I don’t know of any others in the UK since Boots seems to have stopped.

END_OF_DOCUMENT_TOKEN_TO_BE_REPLACED 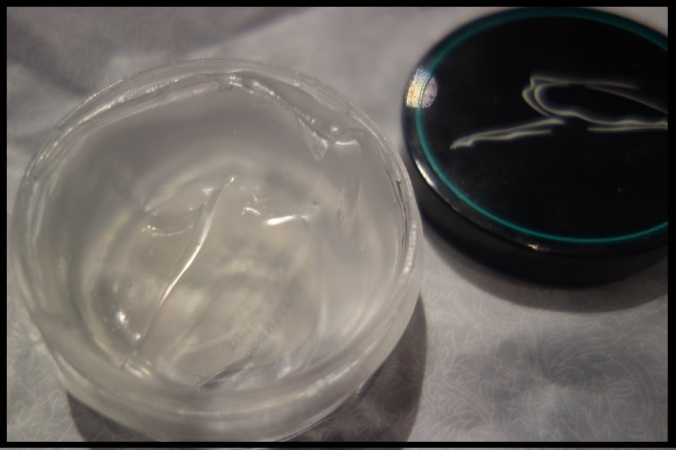 For ages I’ve wanted to try some kind of proper mixing medium for foundation as I like the idea of being able to change your coverage depending on how you feel for the day and being able to change a powder into a kind of liquid foundation seemed like a nice idea too. I have tried mixing with moisturisers but it never really worked so something made especially for it seemed like it might work better. Although it seemed like a good idea I’ve not really been tempted but I saw this Beautiful Me Prime and Create Mixing Medium on the Holland and Barrett site when I was making a recent order and decided to go for it.

The thing that made me consider this one and actually get it is the fact it’s a gel like texture and is supposed to give a matte finish. Also the fact that it’s a primer means that even if I didn’t get on with it as a mixing medium it had another use anyway and I’d recently started to use primers so trying another one of them seemed good as I’ve only used the Benefit one before. This product comes in a 25g jar and costs £20 but I got it in a buy one get one half price offer when I got something else with it. For some reason the site has it listed as Beautiful Movements rather than Beautiful Me as the jar says.

I have had this for a few weeks now and tried it with a range of products. I’ve used it as a primer as well as a mixing medium for foundation, blush and eyeshadows as it says on the website. It does also recommend trying this with lips, I didn’t do this as the silky, dry feeling isn’t what I want in a lip product. It a nice feel for a face product but for me not on my lips.