This illustrated copy of Harry Potter and the Prisoner of Azkaban is the third in the series written by JK Rowling and illustrated by Jim Kay. These are pretty big books and every page in the standard edition is full colour, unless it’s a sketch style image, with illustrations of the characters and settings of the book. The RRP for these is £30 but they’re available on amazon for under £20

Most people reading this have probably either read the Harry Potter books or seen the movies, so I’m not going to go into too much detail when it comes to reviewing the story of the book. I love the art style that Jim Kay has and already have the first and second books in the Harry Potter series that he has illustrated. These are pretty big books so you get some nice sized illustrations with a lot of detail in there.

END_OF_DOCUMENT_TOKEN_TO_BE_REPLACED

You may be aware that I love Harry Potter, I’ve loved the books for years and so when I saw these gorgeous hardback versions of the original scripts for the Fantastic Beasts movies I had to get them. I should probably say now that I haven’t actually seen the second one yet so reading the script book was basically a whole book of spoilers for the movie for me. I’m going on a plane soon so hoping they have the second one on there, it’ll make the four hours go a bit quicker.

I have a feeling that most people who buy these will probably be doing it to be part of a collection, like me, but I am going to include a bit of a review of them anyway. Don’t worry, no spoilers for the storyline at all and I’ve made sure that photos of any pages are early enough that they won’t give any storyline away or just don’t have any text on them.

END_OF_DOCUMENT_TOKEN_TO_BE_REPLACED

Despite having grown up watching the Inspector Morse TV series with John Thaw and Kevin Whately I realised I’ve never actually read any of the books. As it’s actually hot enough in the UK to feel like a proper summer it tends to mean I end up reading more and nine times out of ten it’s a detective novel so it felt like a good time to see how the books compare. My parents ave the complete set so I decided to start at the beginning and so read The Last Bus to Woodstock, which was first published in 1975.

I’m not sure how popular the Inspector Morse series is outside of the UK, or even in the UK, any more as there hasn’t been a new episode in over 15 years and it’s pretty much only shown on the digital ITV channels as repeats, though it is available on the ITV player if you live in the UK and want to watch some. If you haven’t heard of it, it’s a detective series based on these books by Colin Dexter. It’s based in Oxford and the main characters, Morse and sergeant Lewis, tend to end up with the more unusual murders. The kind that need some different ideas and only really make sense when explained at the end. They’re fairly quiet, as far as murder mysteries can be, and there’s lots of visits to pubs and conversations rather than fast paced action sequences and violence.

END_OF_DOCUMENT_TOKEN_TO_BE_REPLACED 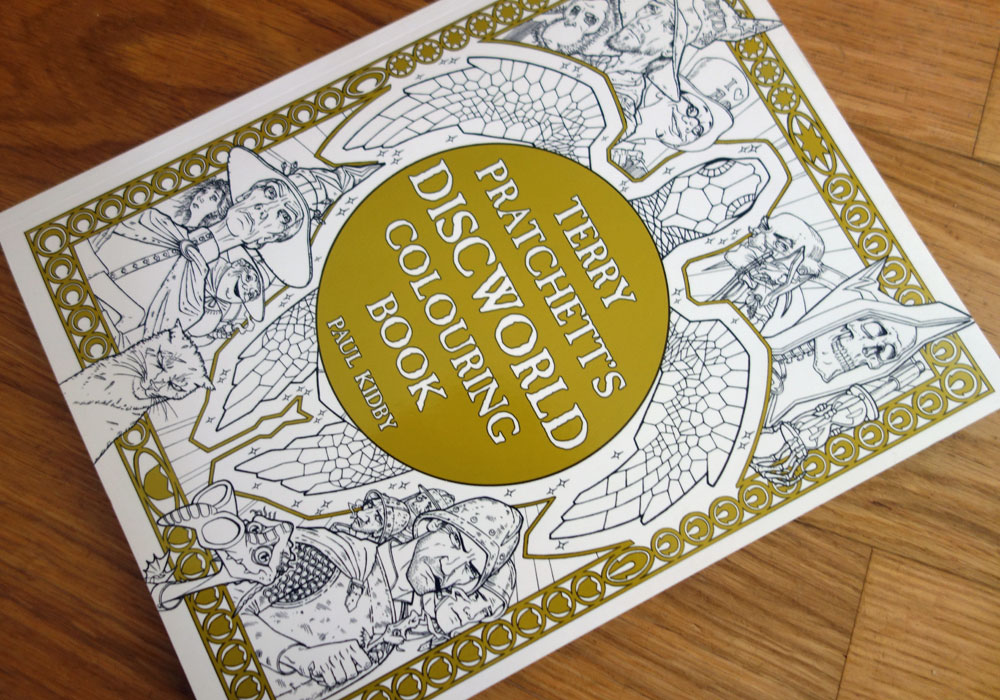 Fans of Terry Pratchett’s Discworld series will probably know that Paul Kidby was the illustrator for the covers of the later Discworld books. Since 2002 he’s been the artist who’s done the covers and art in various books related to the series. The Terry Pratchett’s Discworld Colouring Book is full of line art versions of some of his art. In total there are 77 pages to colour in, 78 if you include the title page and 16 pages of the original full colour art for the line art versions in the book.

This colouring book has images from various stories, along with excerpts from the books themselves on a lot of the pages next to the full page images and surrounded by their own art too so you have the link to the Terry Pratchett works there too. It’s been around for a couple of years, it was first published in 2016, but somehow I’ve missed it. I think it came out just after I’d bought a few too many colouring books and was taking a break but it’s in my collection now.

END_OF_DOCUMENT_TOKEN_TO_BE_REPLACED 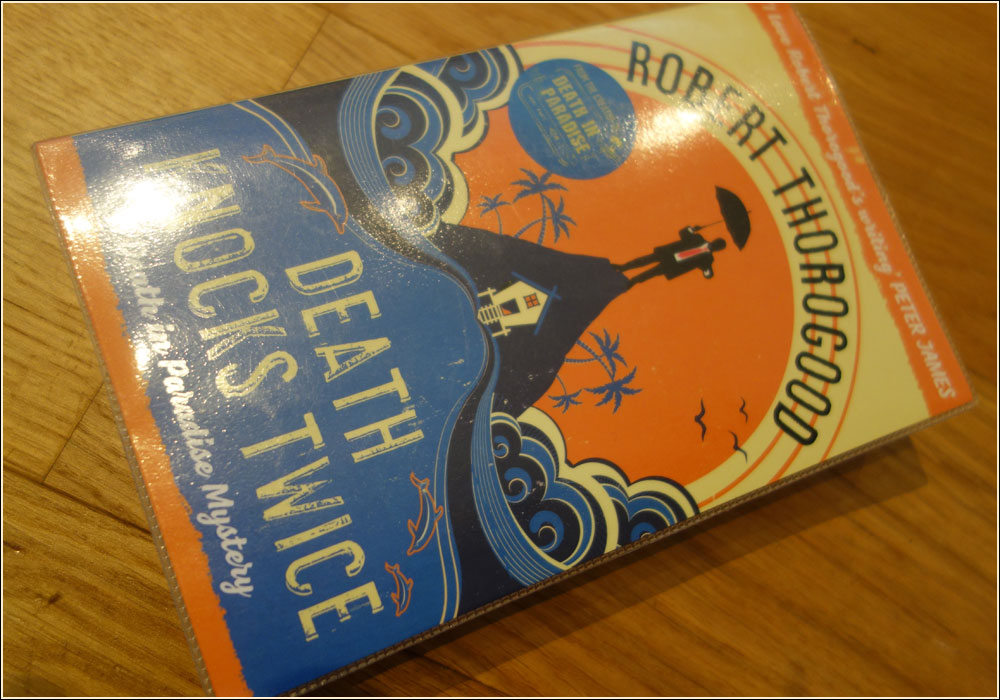 I’ve already reviewed the first two Death in Paradise books based on the characters from the BBC TV series and by the show’s creator Robert Thorogood. This third book, Death Knocks Twice, was published last year and I’ve been meaning to read it but not quite got round to it until recently.

If you haven’t heard of the TV series this is based on it’s a similar style to Agatha Christie stories in that there’s a murder that seems impossible, often a locked room is involved, and a group of detectives in Saint Marie police station, a fictional Caribbean island, have to work out how it happened. The lead is a British detective in Richard Poole who has some unusual ways to solve the case. This time it’s a murder that looks like a suicide with no obvious motive. As the story unfolds pretty much every member of the family that lives in the estate where the murder happened becomes the main suspect so it keeps you guessing to the end.

END_OF_DOCUMENT_TOKEN_TO_BE_REPLACED

Title: The Killing of Polly Carter

The Killing of Polly Carter is the second book by Robert Thorogood and the second of the series of books based on the BBC detective series Death in Paradise. If you’ve seen the Tv show before you’ll be familiar with the characters, it’s based on the original group, and the setting in the Caribbean with the fictional island of St Marie. If you haven’t it has the feel of a modern day Agatha Christie set in a hot country with the same gentle style and unexpected twists in the story before the murderer is exposed at the end in a very Poirot-esque way by gathering all of the suspects together and going through them one by one.

It does have some light comedy and the TV series is a light one that most of the family can enjoy, maybe not the youngest members as they may either not understand or not like the actual murders or genre, but I’d say teens and up would be able to enjoy it depending on what they like. This book definitely goes for the same audience, fans of Agatha Christie style detective stories of all ages.
END_OF_DOCUMENT_TOKEN_TO_BE_REPLACED 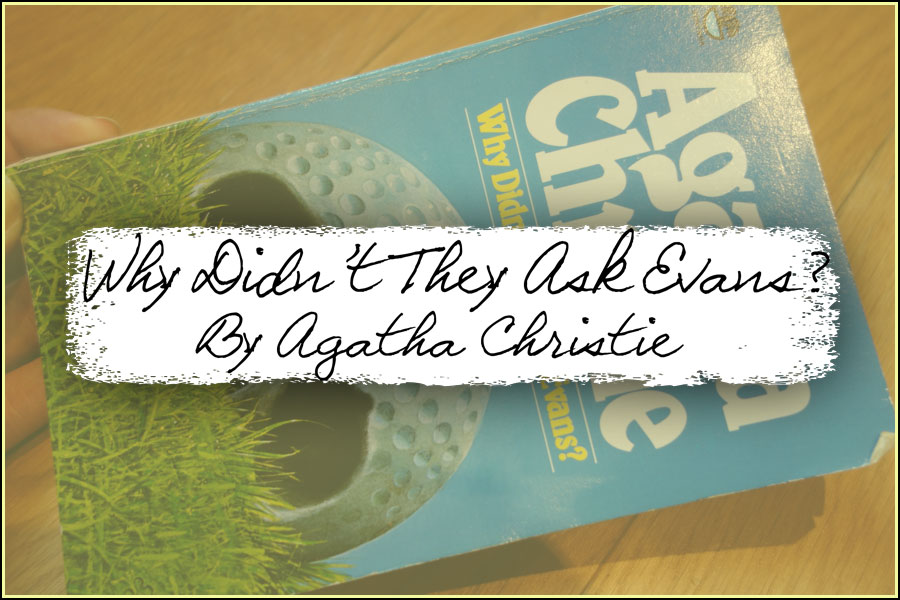 Title: Why Didn’t They Ask Evans?

My detective book summer has continued with another crime novel from Agatha Christie, though this time not a Poirot mystery. Why Didn’t they Ask Evans? Is about Bobby Jones, who witnesses someone die, though he is unaware at the time it’s a murder as he thinks he fell off a cliff, but as it’s an Agatha Christie it couldn’t be that simple. It is set in the early twentieth century, I can’t remember a date being mentioned but as it was originally written in 1934 I would assume around then, and is a quiet country setting as with a lot of her books, that hides a story of murder with twists and turns.

This book has been sat in my parents bookshelf so I thought, having enjoyed the other Agatha Christies I’ve read recently, I’d give it a go. It was adapted into a Miss Marple story fairly recently for TV so it may be familiar if you watch the ITV dramas but it’s not originally one of that series. I have to say I didn’t remember the storyline from the TV series so it was like reading it without any previous knowledge which was a bit of a change from the others.

END_OF_DOCUMENT_TOKEN_TO_BE_REPLACED

Title: A Meditation on Murder

Until a recent trip to the library I didn’t even know that there were books based on the Death in Paradise TV show from the BBC. As it’s one I love and I’m on a bit of a detective novels kick at the moment I thought I’d give it a go. It’s also the perfect book for the recent heat here in the UK, with its setting of Saint-Marie, a fictional island in the Caribbean. After a bit of a look online it turns out A Meditation on Murder was the first Death in Paradise novel so it’s a great one to start with.

I was interested, going into this, to see how close it comes to the actual TV series and characters, also which of the characters it was written about as there have been a few combinations over the series. Being written by the creator of the show, Robert Thorogood, I was hoping it would be close and, to me, it doesn’t disappoint.

END_OF_DOCUMENT_TOKEN_TO_BE_REPLACED 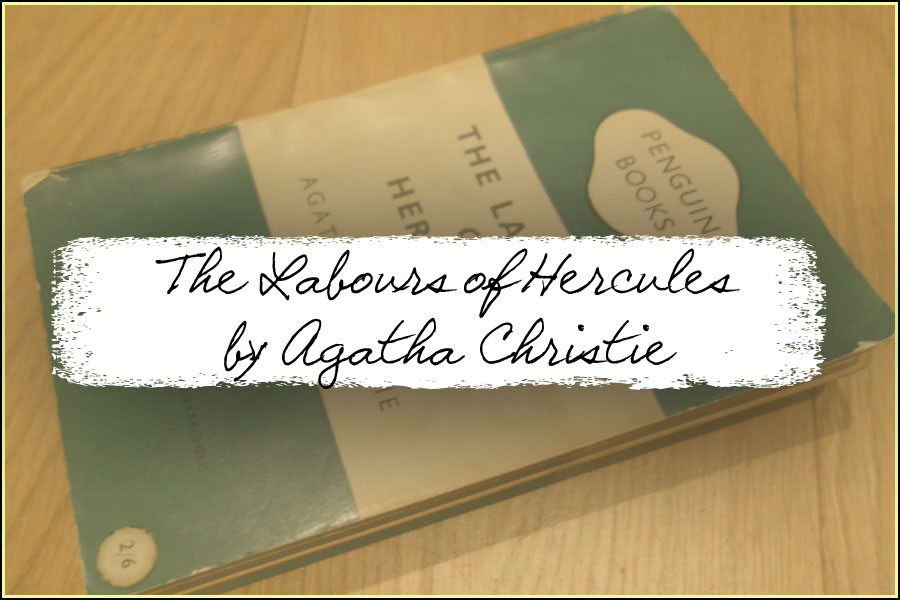 Another Agatha Christie book, this is from a series of ten that Penguin published that she chose herself as favourites. I already reviewed Death on the Nile, another from this series, and this has the same green cover that the Penguin Crime books do. It’s The Labours of Hercules by Agatha Christie, a book of twelve short stories about Hercule Poirot. Each one is inspired by one of the Labours of Hercules, the classic book about the Greek myths of Hercules.

This edition was published in 1955 (it’s the reprint, he original Penguin was in 1953) but as it’s one of the more well known Agatha Christie books and part of the Poirot series it has been published many times over the years. Hercule Poirot is one of Agatha Christie’s more famous characters and there are TV adaptations of all of the stories, though I don’t remember all of these being made. Each of the stories is short, ranging from around 15 to 30 pages, and covers a wide range of mysteries from dog kidnapping to murder.