I can’t believe it’s been nearly three months since my last post, everything is so different now to back then. I’m not sure what month it is sometime let alone what day! Since then I think most places in the world have been in some kind of lock down or another and each day sort of blurs into the next. I’ve also had my 31st birthday (literally 2 days after the last post) and my Grandma died so I’m still sort of recovering from that as it’s all been so surreal.

I should probably mention that I actually wrote this goals list about two months ago, so they’re not all that up to date in some ways but I didn’t have any to add and still wanted to do a post on them. Even with lockdown changing here in England, things opening up and life getting closer to normal, I still think it’ll be a long way till it’s properly back to how it was and a lot of time will be spent at home so I’m trying to stick to the goals. To be honest the routine parts are probably things that I should try to stick to afterwards anyway!

END_OF_DOCUMENT_TOKEN_TO_BE_REPLACED

It feels so long since I’ve done a blog post, I know last time I said I’d be back and posting more but I’ve ended up busier and with less energy than I thought for blogging so it sort of got left behind while I sort other things out. I’m back now though and being more realistic about how often I’ll post now.

I thought I’d do a bit of an update post, catch you up on how my life has been and a few goals that I decided to set myself. Though a few of them haven’t been going great looking at my blogging so far!

END_OF_DOCUMENT_TOKEN_TO_BE_REPLACED

I can’t believe it’s nearly 2020, though I’ll be writing 2019 for at least a couple of months still when I have to sign things. I’d normally do a post looking back at the goals I set myself this year, but if I’m honest I sort of forgot them half way through and this year has not gone as planned. I will be setting myself goals for next year though.

It’s been a weird year for me, a mix of the good and bad, some of it great, and some of it just odd timing. I’m not where I hoped I’d be at the beginning of the year in some ways, I bet that’s true for a lot of us, but in other ways I’m doing better than I expected. I also realised that, when I was looking through my photos on my iPad for pictures in this post there are very few and about 90% of them are my pets. Anyone else find that, when they’re looking back at the digital photo albums, they’re pretty much our animals? Or just me?

END_OF_DOCUMENT_TOKEN_TO_BE_REPLACED

I haven’t really been to many Christmas markets, probably only two before this one, but there was a Christmas market fair turning on the lights thing today in the local town so we went and had a wander round. I did end up buying some food, everything always looks so good I could ave bought way more, and I kind of wish I’d bought some of the tombola tickets, but it a definitely worth a wander round for an hour or so.

Do any of you go to Christmas fairs or markets? I tend to find with bigger ones you have so many stalls with exactly the same things being sold but this one was local companies, mainly food, with a few handmade crafts and drink stalls. Wasn’t the most Christmassy weather to wander round in but it was fun and getting there early, quite a bit before thee lights were turned on, was a good idea. Will definitely be going back next year if we’re around and they do it.

END_OF_DOCUMENT_TOKEN_TO_BE_REPLACED

Change is scary, it’s unknown and difficult, but a lot of the time it’s inevitable. Some things don’t change, like my love for cheesy 90s pop, Red Dwarf and Crash Bandicoot, but for most things it’s going to happen whether we like it or not. Even the best kind of change can be scary, especially when it’s something big. One of my goals for this year was to try new things, and I have definitely done that, more on that later. But, with my chronic illnesses it means that these changes can have more of an effect than I realised they would.

We all have our comfort zones, whether it’s staying at home reading, burying ourselves in our work or focussing on our friends or family over trying new things. This blog kind of became my comfort zone and I ended up almost relying on it for more than it was. I ended up getting anxious when I couldn’t post on the day I set myself, I’d end up posting a ‘sorry I can’t post’ type post and it wasn’t really fun at times. That’s one of the reasons the changes in my life, or maybe more my way of thinking, started.

END_OF_DOCUMENT_TOKEN_TO_BE_REPLACED 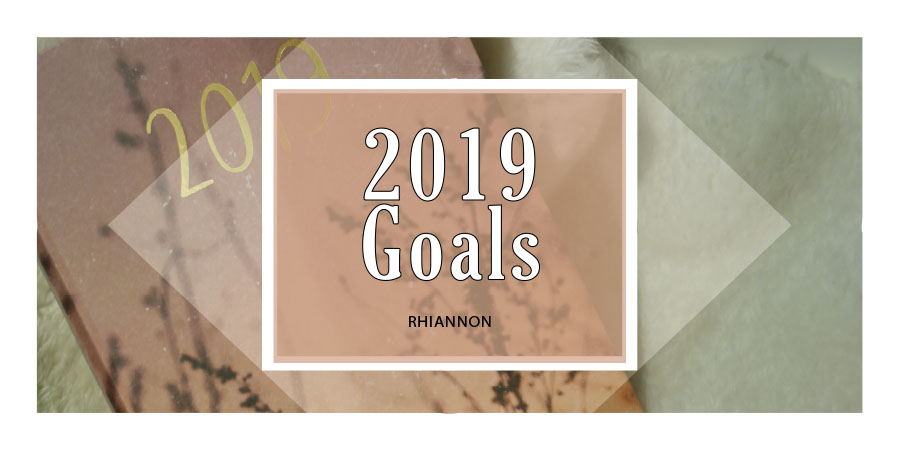 I feel like this post is a couple of weeks late now but I’ve kind of been putting it off as I know my blogging goals at the beginning of last year are so far off what I actually did that it’s not the most positive thing to look back on for last year. I’ve been trying to work on things and plan ahead and needed a break from blogging, partly planned at the beginning but then I got ill so less planned but definitely needed.

I tend to make goals posts for my blog and update and change them as I go throughout the year as I see goals as a flexible thing, something that you can change as the circumstances change, and check things off as you go along and add new ones. I tended to find that whenever I set new years resolutions they seem to fail pretty early but goals with definite updates throughout the year work better for me.

END_OF_DOCUMENT_TOKEN_TO_BE_REPLACED 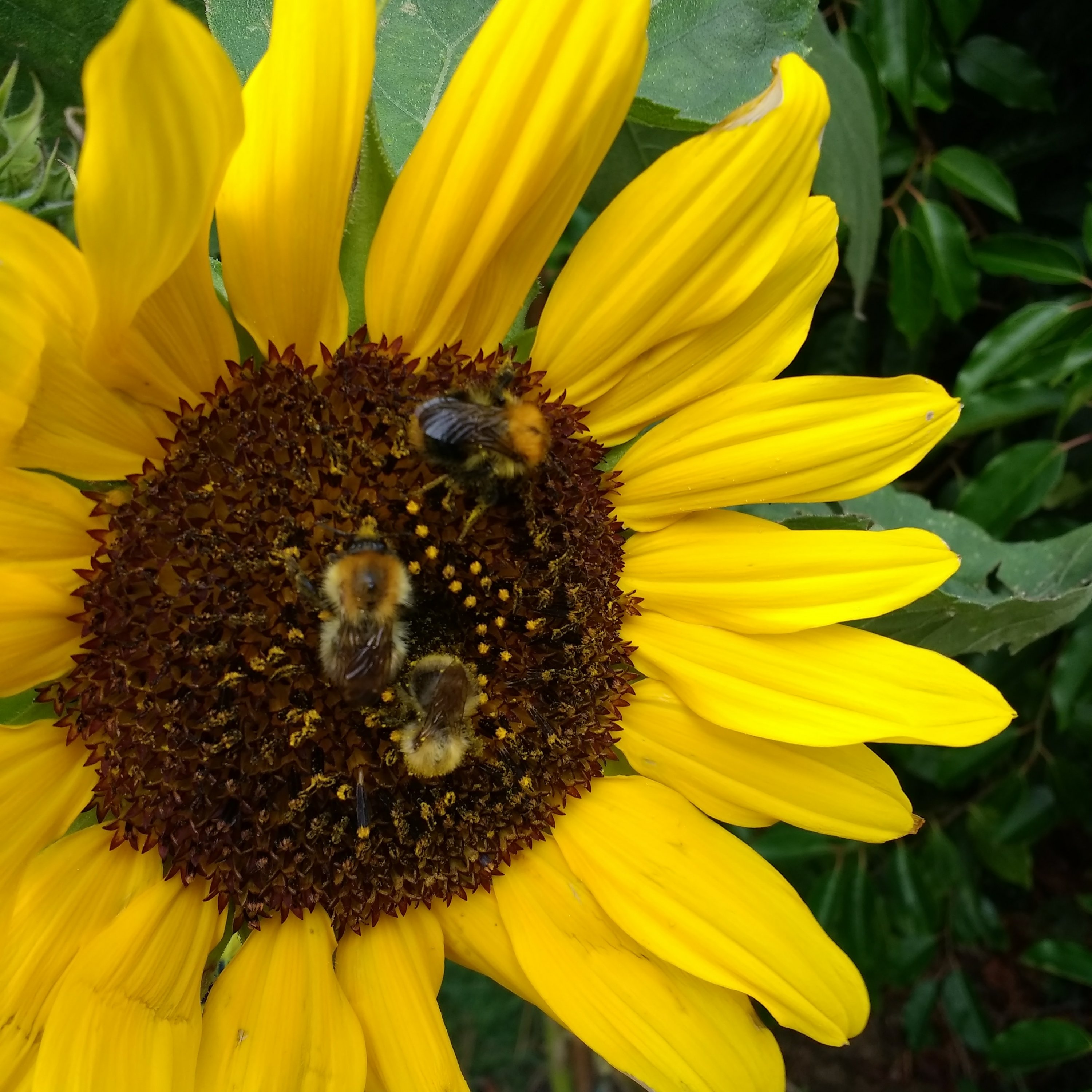 I did originally plan to do an update every three months but my last one was in March so you can see how well that went! I can’t believe how quickly 2018 has gone, so much seems to have happened but in so little time. Having got a notification saying I’ve just had my 4 year anniversary I thought I’d look back at the goals I set way back in January and see how I’m doing.

I tend to see goals as something to aim for, but still keep them flexible. I’ve found that if I’m too rigid with these things it’s easy to get discouraged and give up. Things change, life gets in the way, making realistic goals helps me to stick to them and I love that feeling when you achieve something. It’s like that feeling of crossing off things on a list. I think I just like lists in general.

END_OF_DOCUMENT_TOKEN_TO_BE_REPLACED 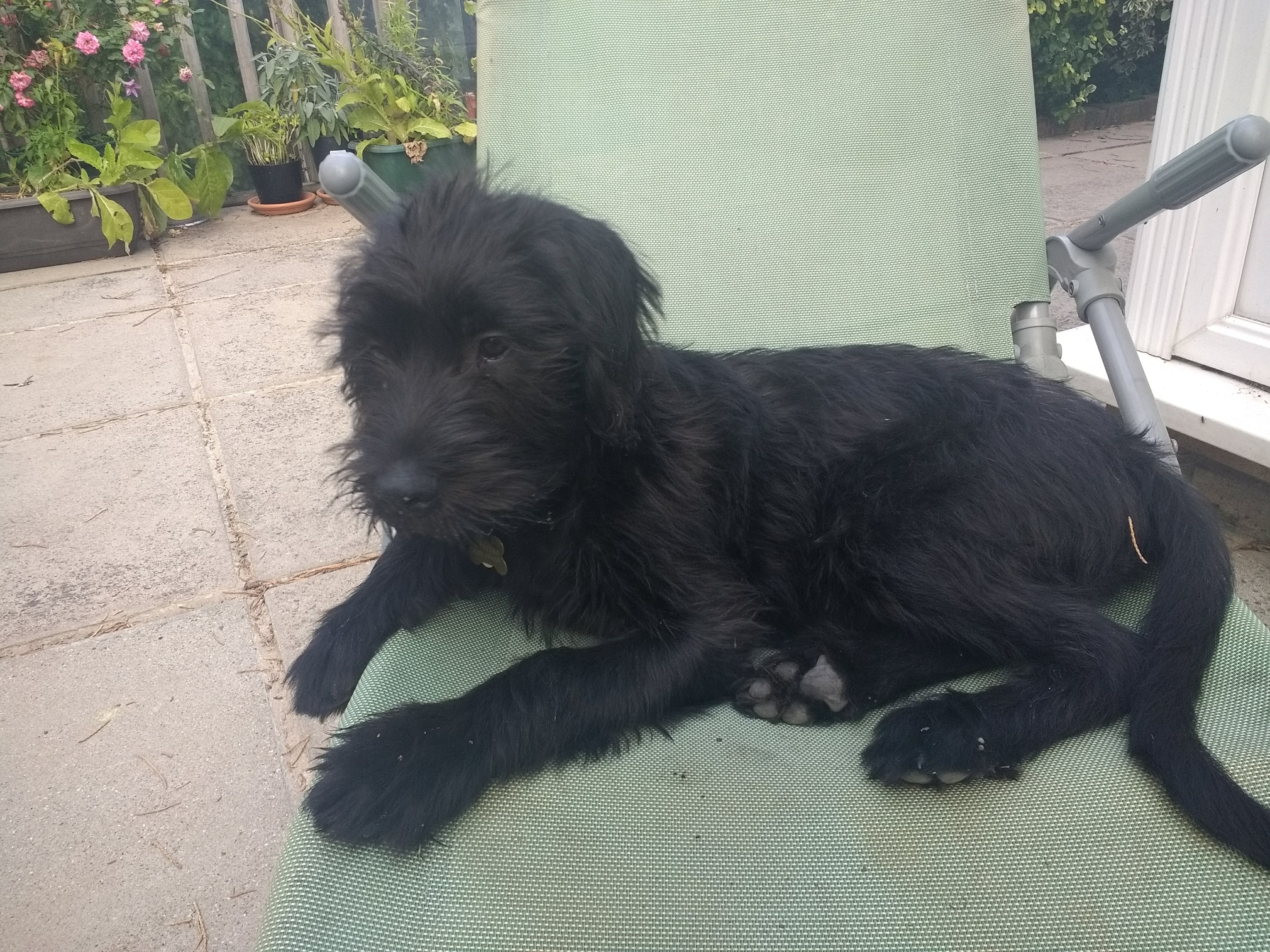 This was going to be part of an update post I had planned at the beginning of August but it never happened so Stormy gets his own post now. I have to admit that I forgot how tiring a puppy can be, our last one was 14 years ago, and it has kind of taken most of my energy making sure he goes out when he needs to and pretty much resting when he does so my blogging may have suffered a bit. Also I’m doing a customer service course now from home so that’s another factor, but this is about the puppy! 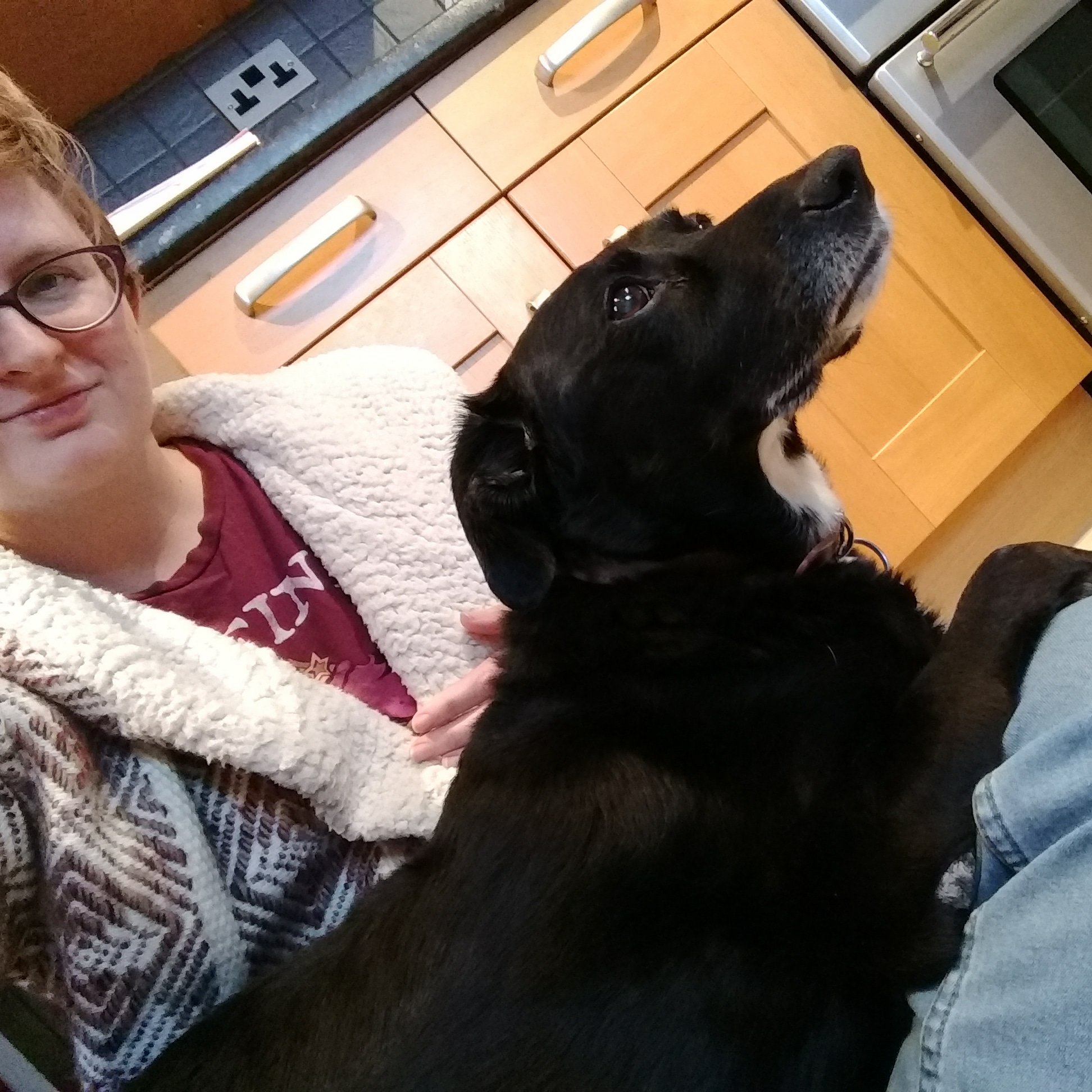 July didn’t start as a great month as our 14 year old dog, Ricky, died. He had a heart condition and never got on well with the heat so the heat wave did sort of finish him. He was a great dog and had a good life but it was his time. 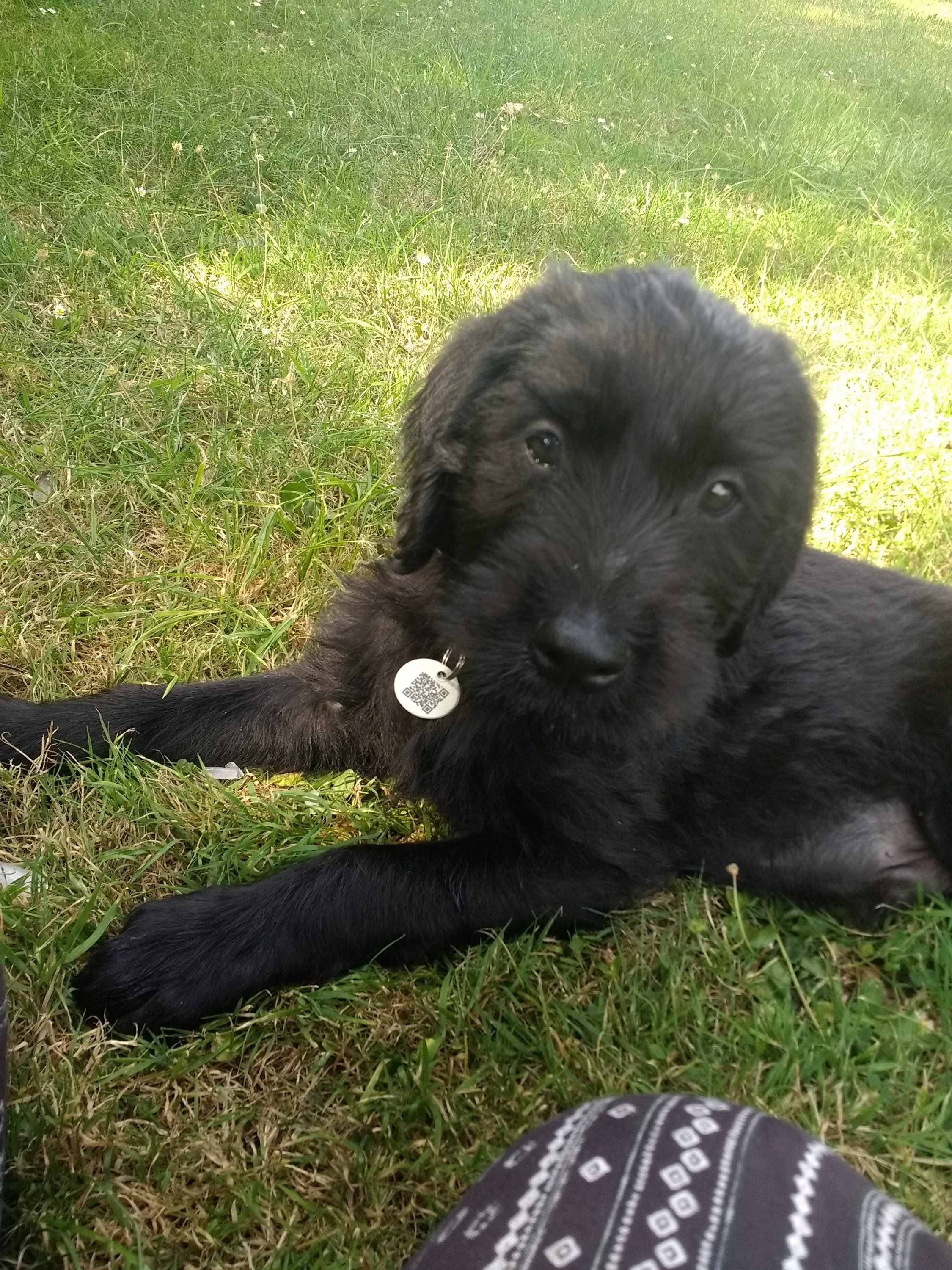 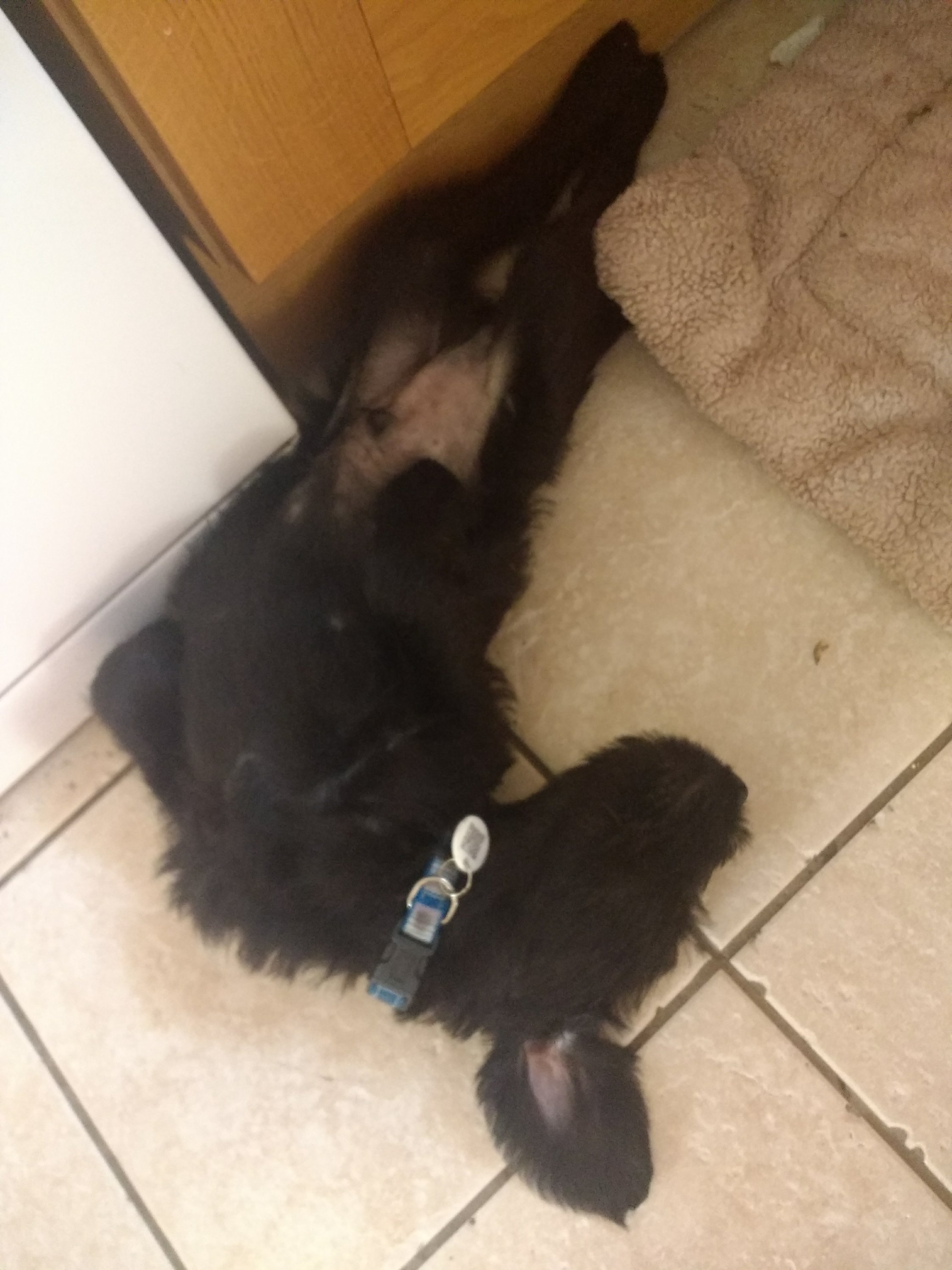 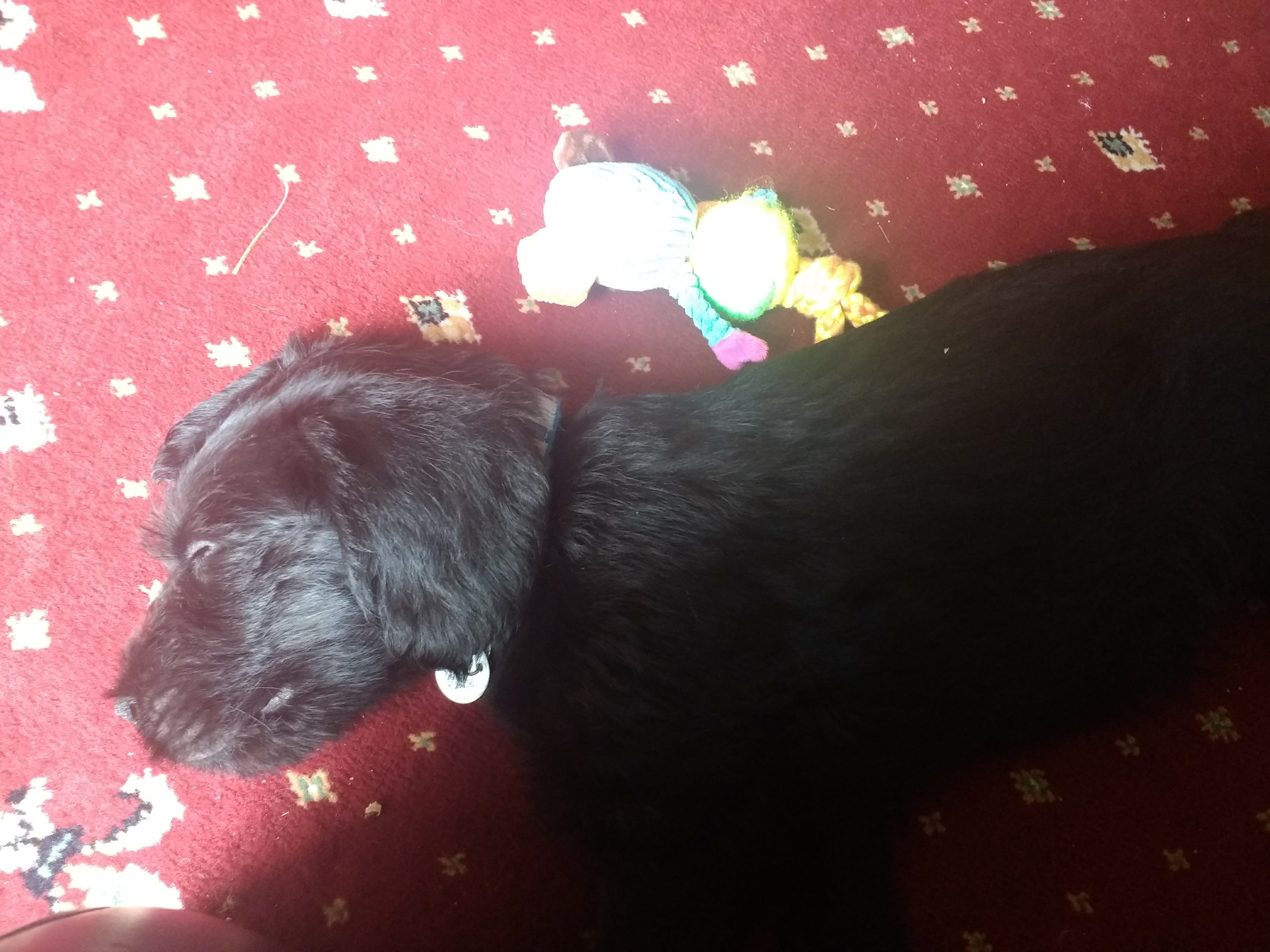 We weren’t expecting to get a dog so soon afterwards but a friend knew someone at dog training who had puppies and Stormy was one of them. He’s a bit of a mix, his dad is a Labrador and mum looks like a lurcher but might be a rottweiler retriever cross. 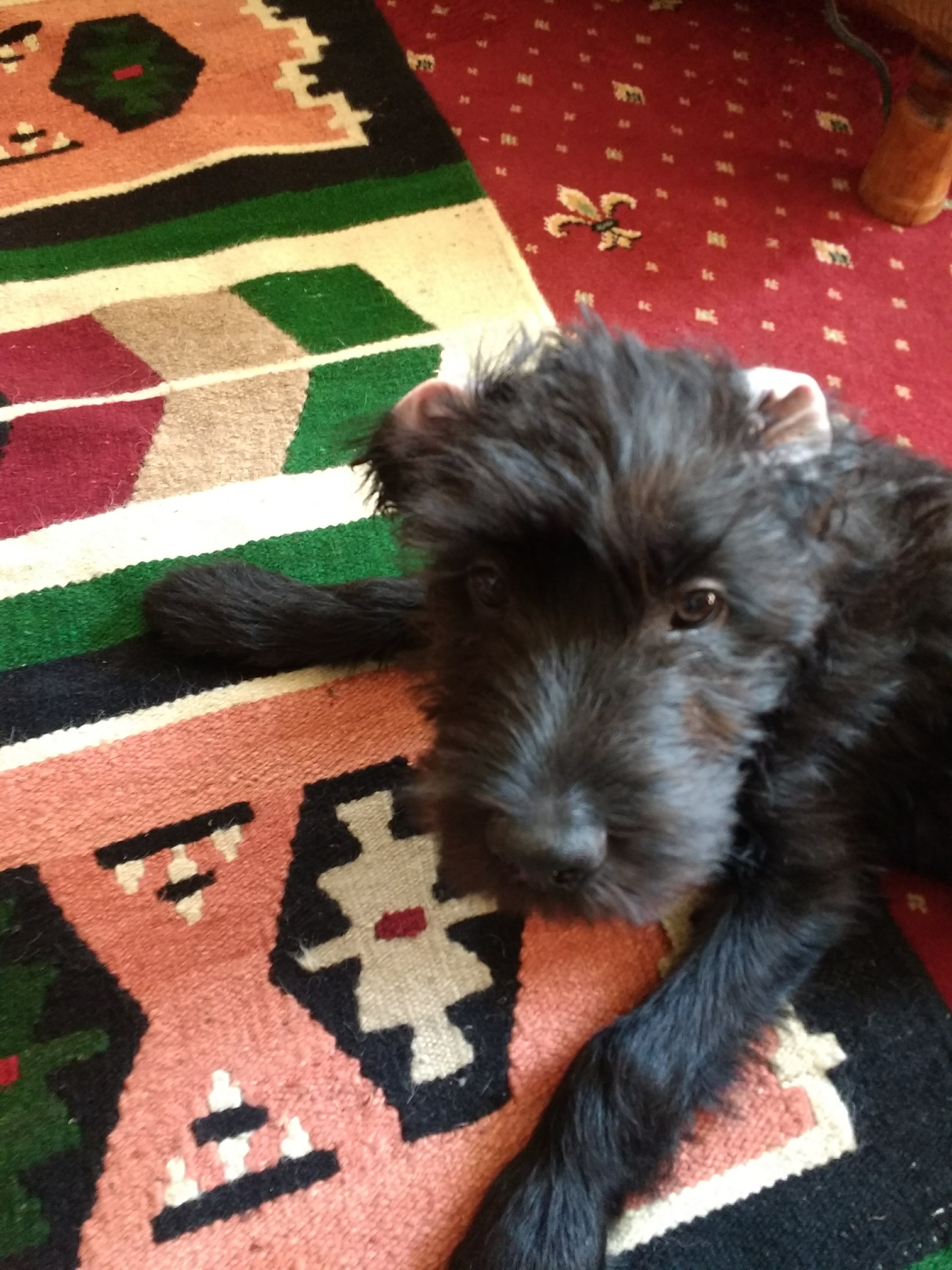 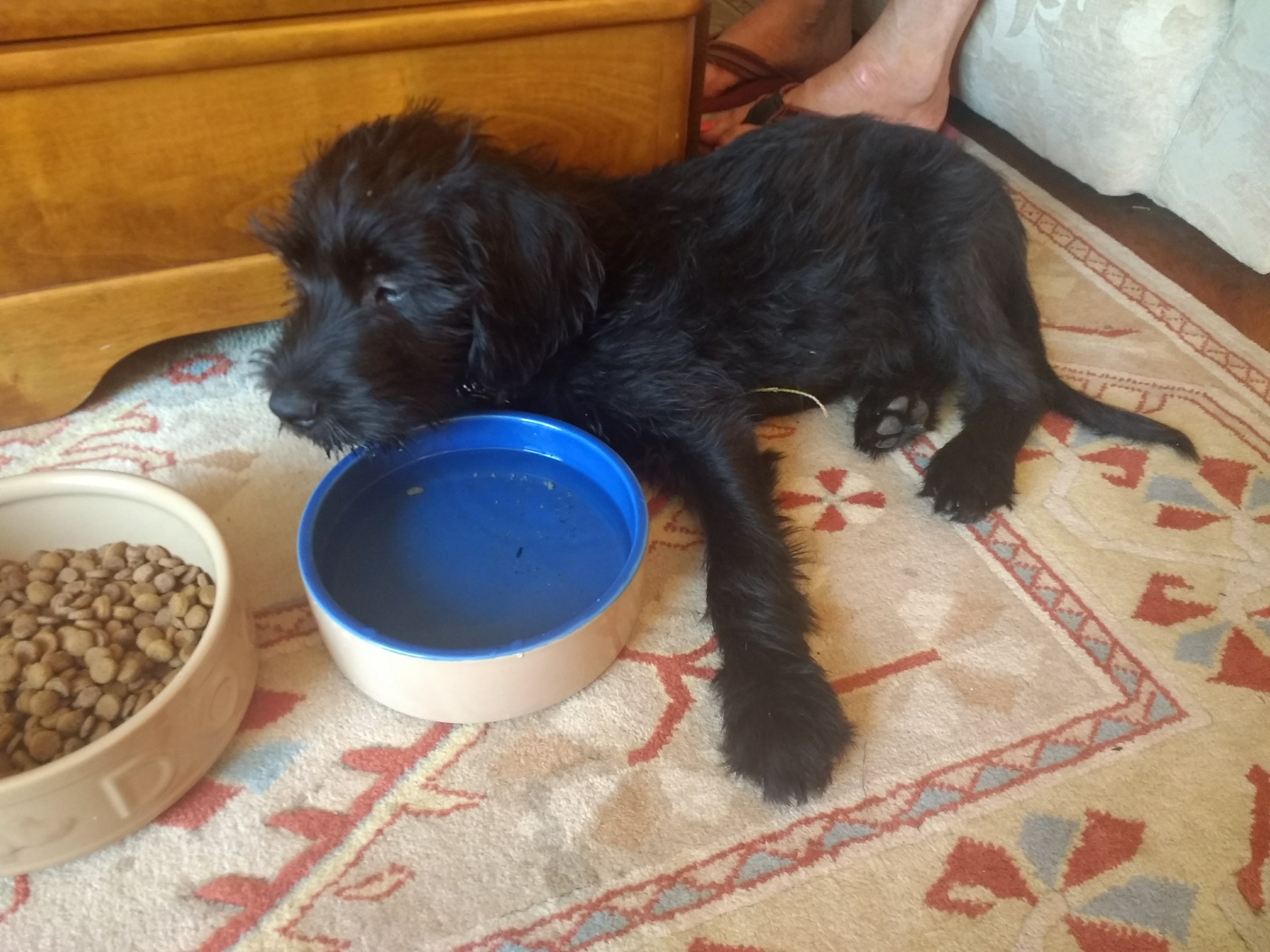 It’s going to be interesting to see how he turns out. He’s already almost the size of our old dog and he’s not even four months old!

So far we know he loves water, that’ll be fun when we go places with lakes, and he seems to attract leaves and sticks in his fluffy fur. He’s also not sure what to do with new toys that squeak, he’s still a puppy then. 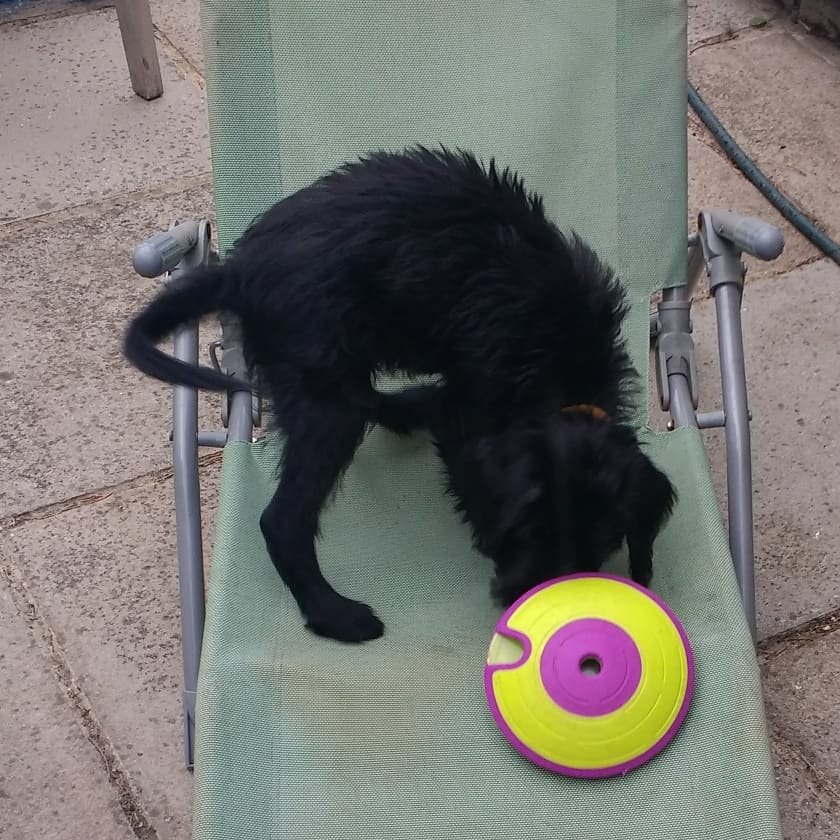 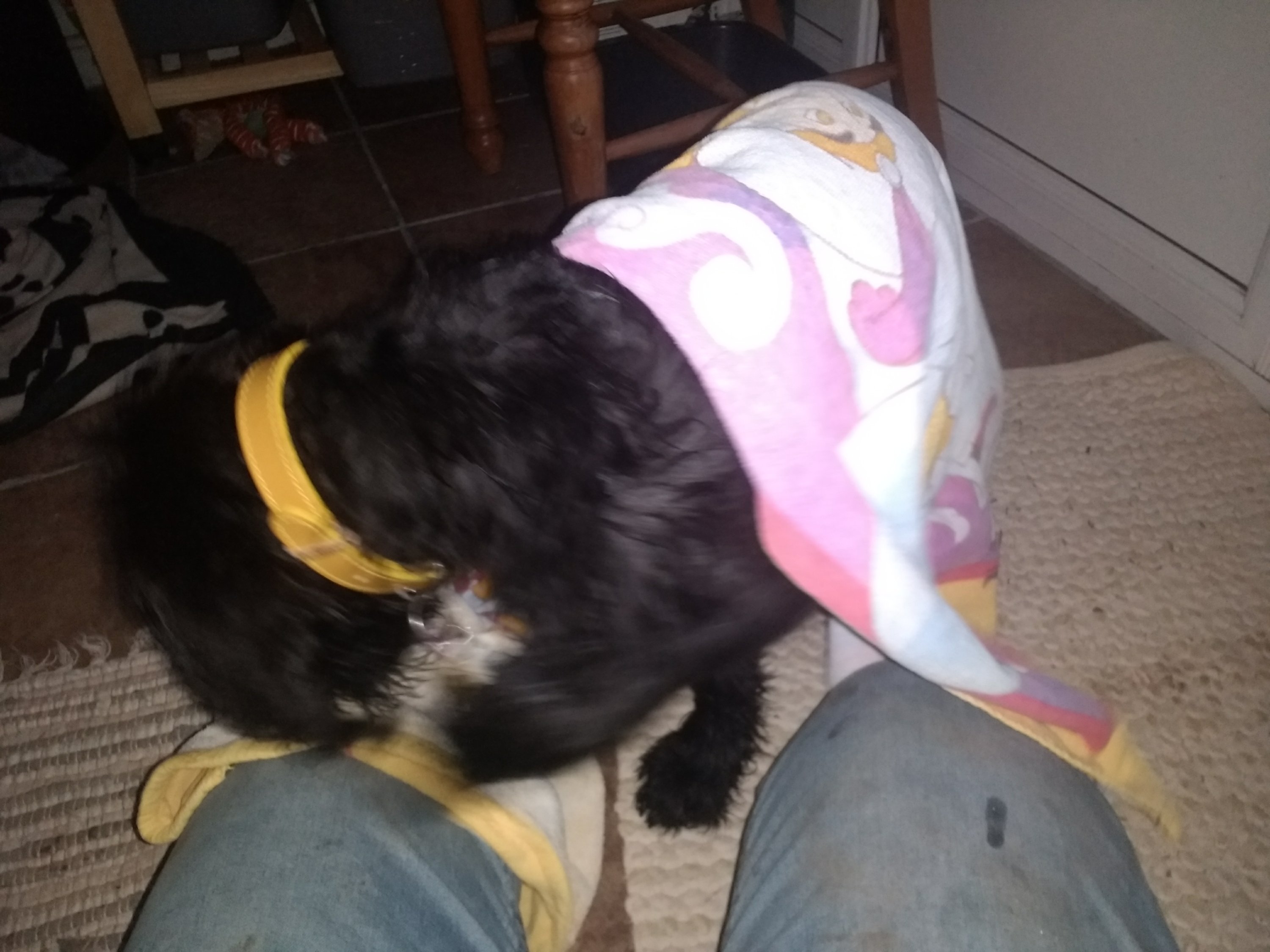 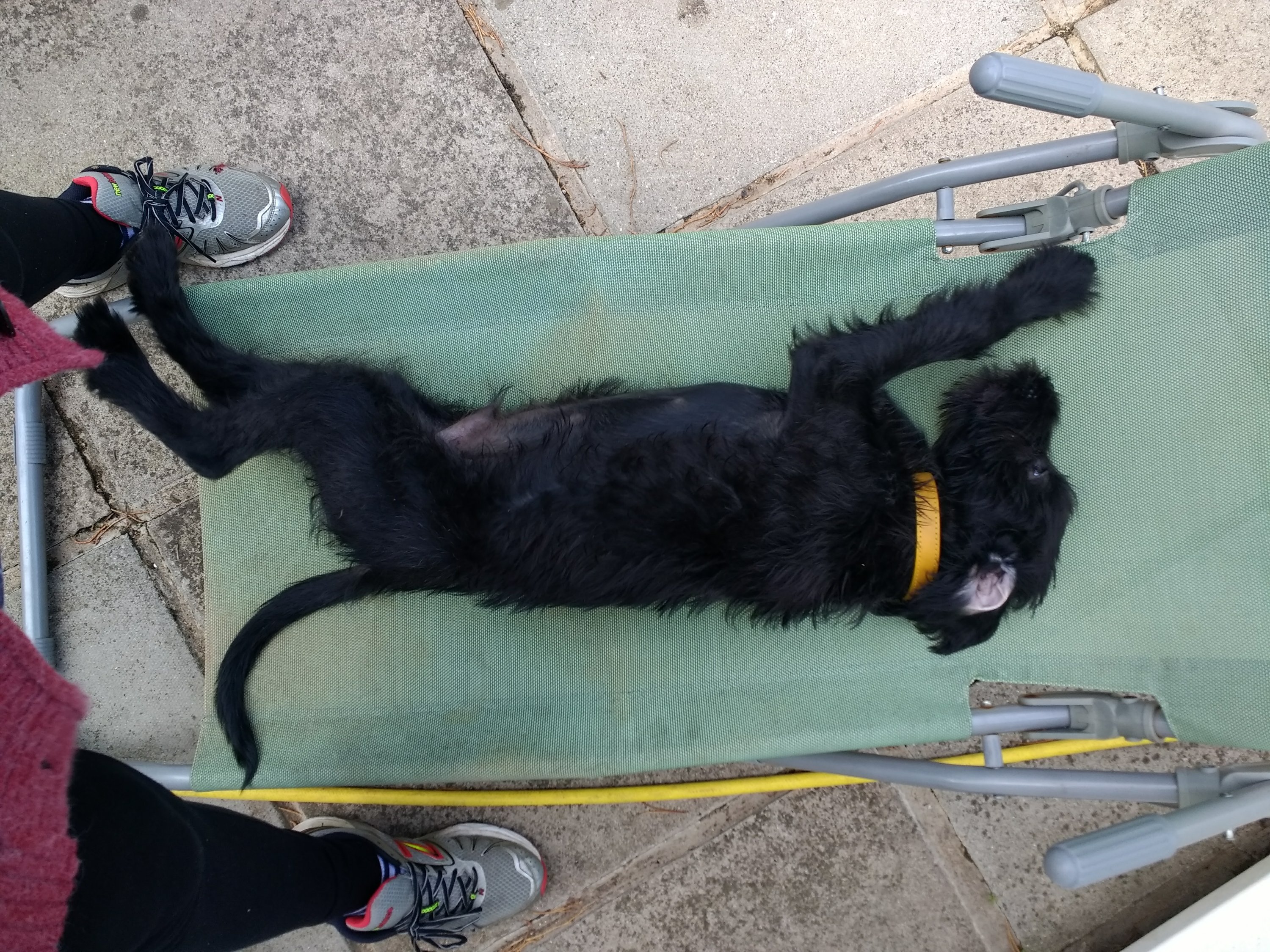 I won’t spam here with a load of posts about him, though he’ll probably creep into any update posts, especially as we’re probably taking him puppy training, or trying it out anyway. But there will probably be quite a lot on my Instagram if you want to see more of him as he grows up. 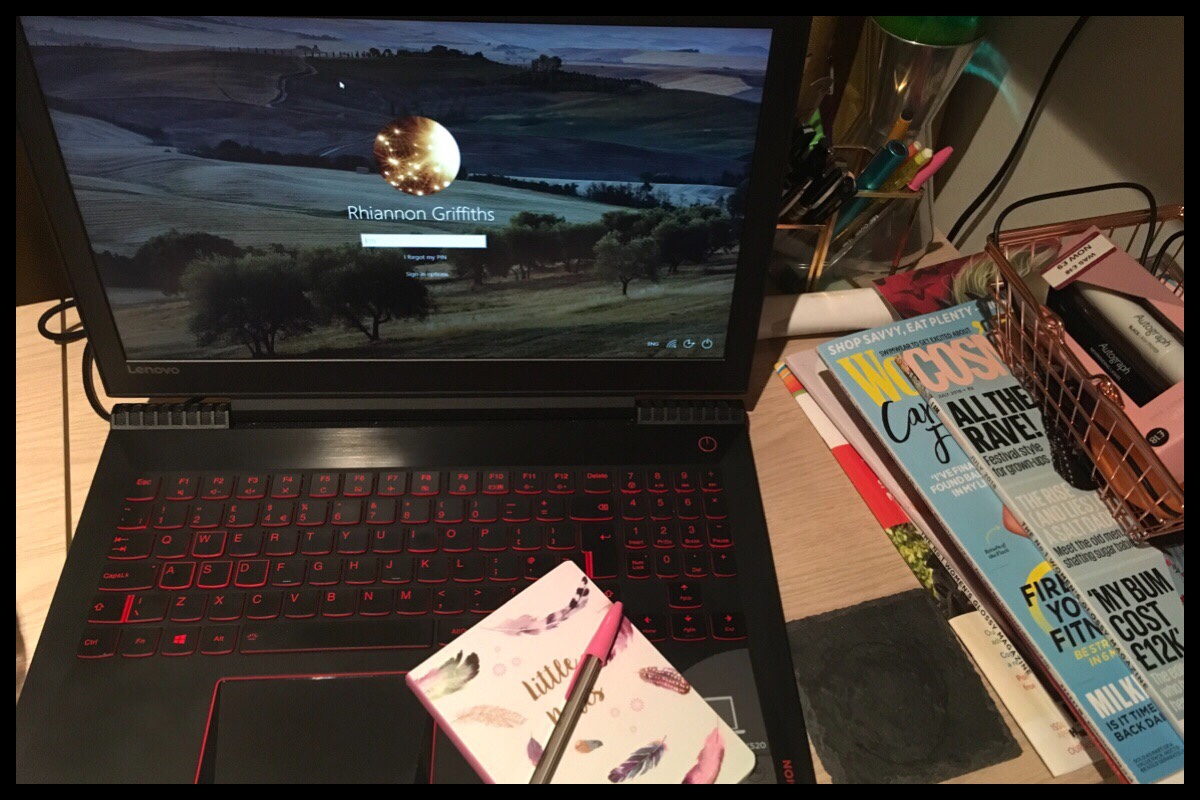 I realise I have been a bit quieter in the world of blogging recently and so I thought I’d do a post that sort of explains that (at least one of the reasons for it) and may actually be a little bit useful for someone out there… maybe. I have been trying to find a job, which may sound like a bit of a lame excuse but it’s taking so much energy that it’s pretty much taking a lot of my online time away from the blogosphere (if I’m using that right).

Also I should probably say that I am in no way qualified when it comes to job searching. I just wanted to share some things I’ve found useful and thought it could be a good way to start a discussion that might help some people. I always get paranoid and feel like I have to include these disclaimers!

END_OF_DOCUMENT_TOKEN_TO_BE_REPLACED 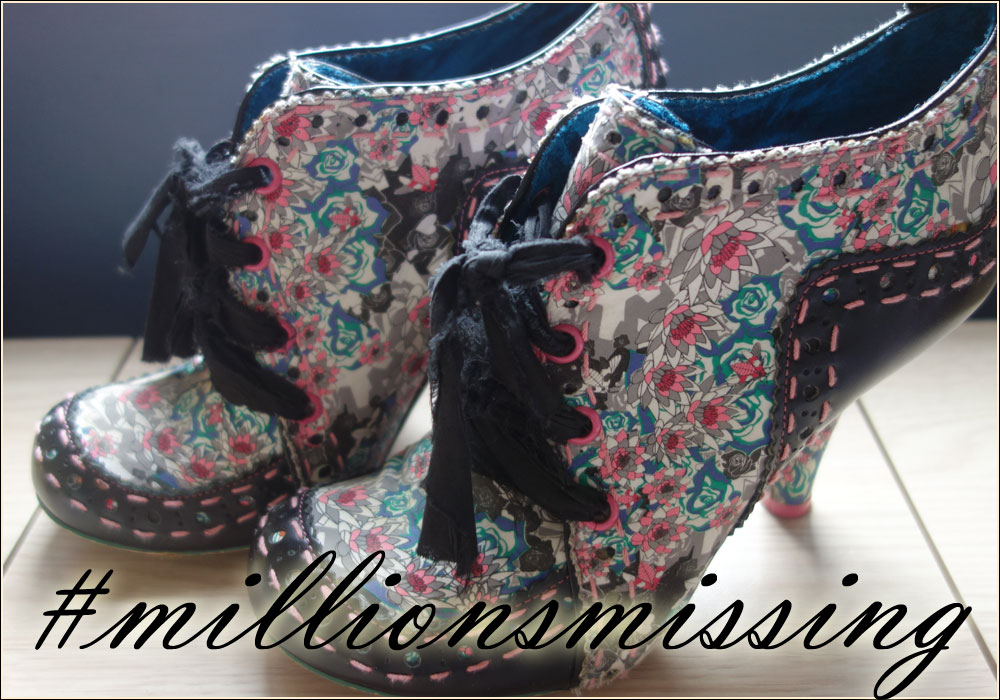 I feel like every year I manage to miss M.E. awareness day, or week depending on which you choose to do, and this year I only realised today that it is in fact tomorrow. I haven’t really done many posts on M.E. recently, I felt a bit like I was repeating myself at times and the new post ideas I’ve had I just can’t really get started on, they are coming at some point though!

I’ve done quite a few posts on M.E. in the past, especially around M.E.A.W., so this is a link to previous ME Awareness Week ones  (and some tagged M.E. Awareness Week too because apparently I did two tags). I’d say if you’re interested in my story then this post is a good place to start and the spoon theory is always useful as a way to introduce the idea of M.E. and how it affects us every day.

As I’ve covered a lot of M.E. topics I thought this year I’d mainly post about ways people are raising awareness and ideas on what you could do, most of these are very easy as they’re aimed at people who may be severely affected by the chronic illness as well as those who aren’t.