One of our family traditions is to make our own crackers, though they look a bit different as they use party poppers for the bang and are quite a bit bigger than your standard cracker. We often end up rushing to make them a couple of days before Christmas, but this year we actually got them done a week before so I’m feeling very organised. I also watched Bed-knobs and Broomsticks because I realised I don’t think I’ve seen it since I was small and couldn’t really remember what it was about, apart from the magic bed bit. After watching it I realised why we haven’t seen it since! Do you ever see a movie you thought was good and realise that actually it was better not to rewatch it after all?

Today’s advent calendar presents were definitely good, especially after yesterday’s slightly more disappointing ones. The first proper makeup, and I think maybe the only makeup if I remember correctly, in the Holland and Barrett beauty advent calendar with a B.B. Cream, and a nicely detailed Hagrid in the Funko Pop Harry Potter advent calendar.

Starting off with the Blogmas question as always, and this one is a short answer really. We always open all presents on Christmas Day, unless it’s something like swapping gifts with a friend and you both want to open them together. We normally have a stocking that we open before we get up properly. We all go into my parents room and sit on the bed with some tea and open the stocking fillers. Then we go downstairs and open presents together.

I realised I didn’t add anything about the tea advent calendar in yesterday’s post, and today’s tea in the Holland and Barrett Organic Herbal Tea Calendar was pineapple tea. It’s pure pineapple and taste just like the dried fruit, it has a slightly sweeter, richer taste than fresh pineapple but still has that pineapple taste, especially when I got to the bottom of the mug when I left the teabag in. 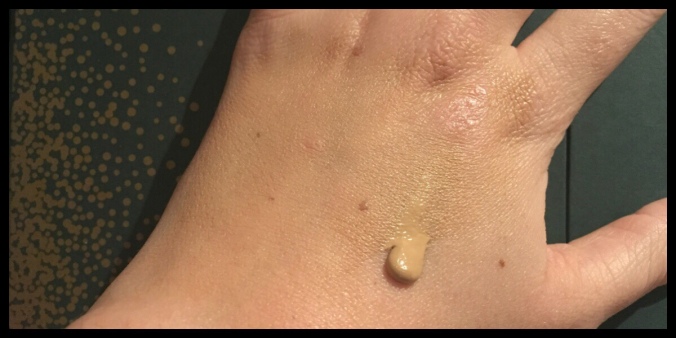 I’ve had a few products from Dead Sea Spa Magik in the past, their shampoos and conditioners are amazing, so I was happy to see this in there. I haven’t used a BB Cream for a while and this is in the colour natural. It’s definitely slightly yellower than I’d probably go for but when it dries down it actually matches my skin tone quite well. The full sized, 50ml tube of this costs £13.50 so it’s not a cheap B.B. Cream but if it works for my skin then I’d be prepared to pay that.

As it’s a BB Cream it’s not got the best coverage but it does build up relatively well and it’s nice and moisturising. It does have a slightly perfumed scent, it matches quite a few of their other products and does have a spa product type scent, but nothing overwhelming and I didn’t notice it after about ten minutes when I tried it on my hand. I’m looking forward to trying this over Christmas and doing a full review.

I’ve always liked how Funko Pop make some of the larger characters in series to be larger next to their standard figures. I love that they did that with this Hagrid figure in the Pocket Pop version. He is noticeably bigger than the adult figures, even McGonagall with her hat. He has larger feet which makes him more stable than a lot of the characters too. I really like the detail, the pink umbrella stands out against his darker colours and I don’t see much of an overlap when the paints meet. The texture they gave his hair and beard is also nice, adding the detail without needing to do anything with paint.