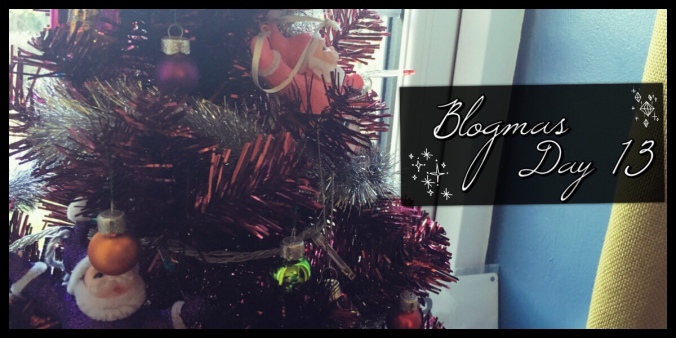 In the Funko Pop advent calendar today I added one of the twins to the Weasley clan, I do like how the family is building up. The Holland and Barrett beauty advent calendar is helping increase my essential oils with a base product to add them to. I feel like I need to do some research into this, find out the best combinations, but until then I’ll have fun playing around!

How are we over half way to Christmas in advent? I started wrapping presents today and may have got a bit carried away with it. I always think that Instagram worthy presents look amazing but it would be a waste to buy all the ribbons and things, but then I remembered all of the ribbons I have from various Lush gifts over the years and now my floor may be a mess of ribbons, paper and tape. Also, would it be too much to add spare mini baubles? Asking for a friend 😉 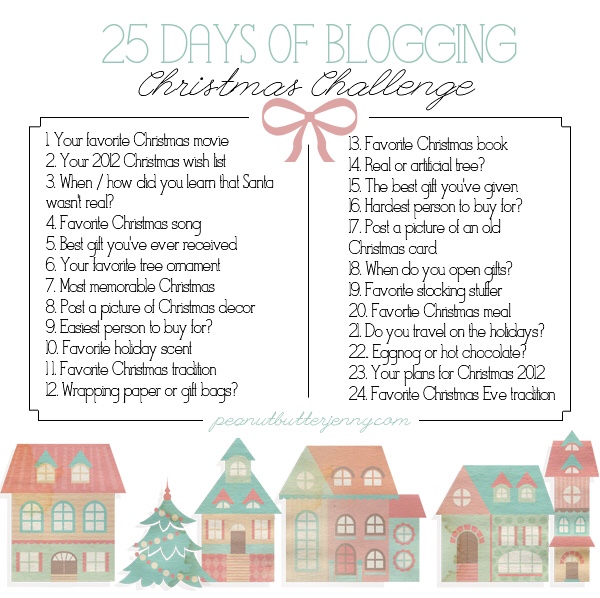 I think my favourite Christmas book is the Father Christmas Letters by JRR Tolkien. We used to read it every year when we were little and I love the details and the illustrations that go with it. I actually did a review of the version we have a few years ago, the newer ones have more pages but I’m not sure what’s been added, I feel like I should get a copy and compare to see what’s different. 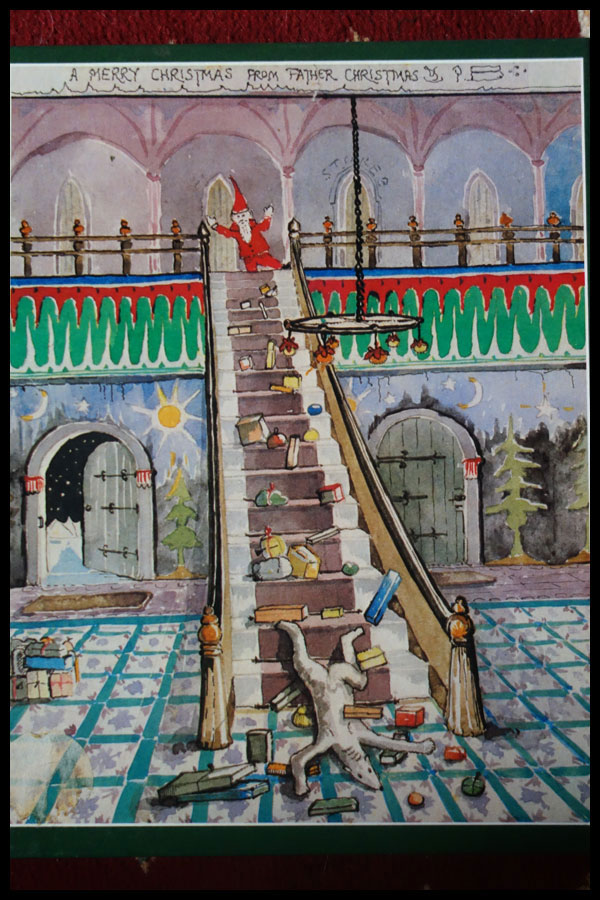 I just love the world that Tolkien built in the letters. He wrote them each year to his sons as they grew up and you can see how he changed them as they got older to include some darker parts of life at the North Pole. I think it’s one of those books that kids and grown ups can enjoy, it’s got the depth to it for adults but also even kids who don’t really understand can look at the pictures and listen to whatever the North Polar bear got up to each year.

The tea in the Holland and Barrett advent calendar today was Green Tea and Cinnamon, with 75% green tea and 25%cijnamon. This is a bit of an odd flavour, it’s very bitter with all the green tea but has the tiniest hint of cinnamon. I was hoping for stronger cinnamon, I couldn’t really taste it at all. A simple cinnamon teabag on its own would be nice for me, I like the cinnamon flavours this time of year. 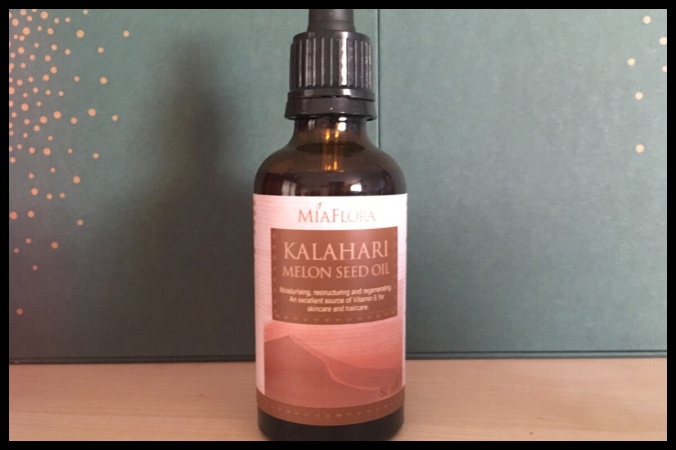 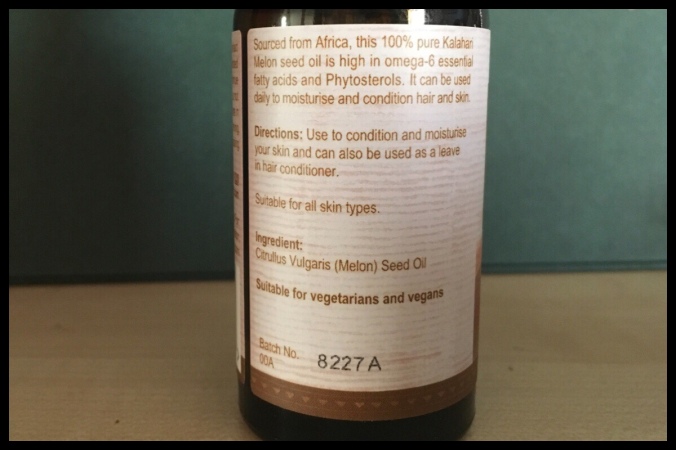 I like how there are a few more unusual products in the Holland and Barrett advent calendar. I’m looking forward to trying out some essential oil mixes and this Miaflora Kalahari Melon Seed Oil is a base for those mixes and this sized bottle costs £9.99. It can also be used as a moisturiser and added in your skin care routine or hair routine. It also says it can be used as a leave in conditioner, I’m going to give that a go next week when I wash it. 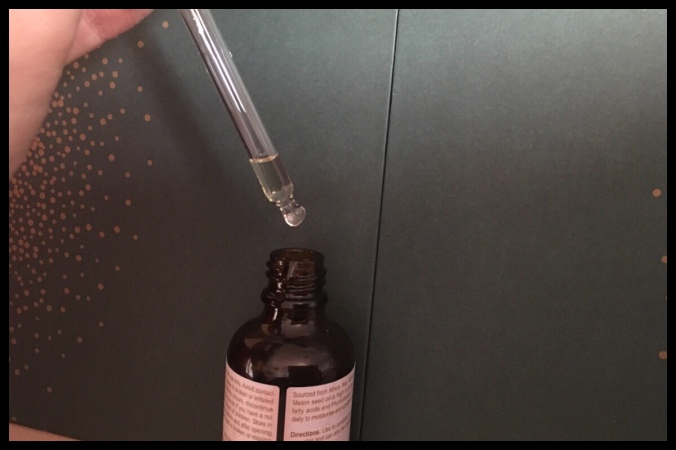 I like the bottle and dropper, they always make me think of an apothecary so I’m thinking about having them out on display. I’ve tried this on my hand and it feels like a thin oil that sinks in well and doesn’t leave an oily residue. It doesn’t have any scent that I can pick up so I can see it working well as a base for oils. Afterwards my skin feels nice and soft, though not particularly moisturised, and slightly silky. I’m definitely looking forward to trying some mixes with this as well as on its own. 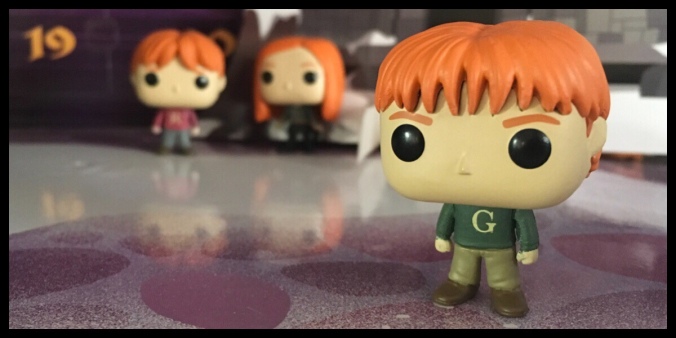 The Pocket Pop today is George Weasley in his Christmas jumper from Mrs Weasley with a big G on the front. I like how it goes with the Ron and Harry I got earlier in the calendar but also builds up the Weasley family. I wish they’d had more of the Weasley twins in the movies, I love them in the books, so it’s nice to see them in here.

Other than the G on his jumper, and even then, this could be a red headed character from anywhere really so he could fit into a lot of different displays if you wanted him to, especially if you’re prepared to give him a bit of a paint job on his jumper. He is pretty stable, he stands better than Ron or Ginny when I was trying to set up the photo, and overall I do like him.