I posted this on Friday but it seems to have failed, sorry if you’ve seen it twice now! 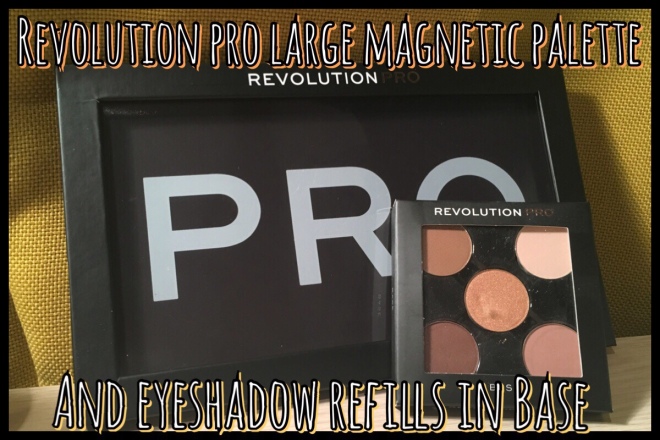 In a recent Revolution Makeup haul I got two free gifts with purchase, the Large Magnetic Palette and a choice of two eyeshadow refills. I chose Base as it seemed like the one I’d use most and didn’t already have multiple times in my collection.

Their eyeshadow refills have five magnetic pans in them and cost £5. This one has four mattes in neutral shades and a warm golden copper shimmer that could be a metallic shade if you pack it on enough. The large palette reminds me of the Z Palettes and similar styles as it has the clear lid and magnetic base. This is the largest version they sell and is only available in black, it costs £10.

The large magnetic palette would hold a lot of eyeshadows, with room for four vertically with room to spare and seven horizontally so twenty eight round pans. I like the finish of the outer edge on the lid, it’s a matte black and gives it a more expensive look than it actually is. They frame the eyeshadows nicely and for once it’s a matte that isn’t a fingerprint magnet. I do prefer these magnetic palettes with a mirror, they’re perfect for travel then, but this works well to hold any singles I have in my collection. One thing I really like about this palette compared to the Z Palettes that I have is the depth. It’s quite a bit flatter than the Z Palette and the fact that the pans just fit the height means that they don’t come loose when dropped or shaken. 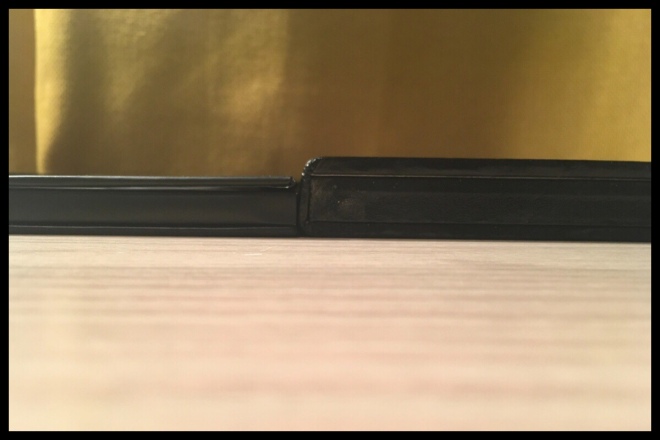 The hinge is made of card, the same piece as the base, and the kind that you’d have to prop up if you want it to stay up. The magnet that holds the lid closed is fairly strong but not the best. I’ve held it up by the lid and it didn’t open. The same could be said about the magnet inside the palette that holds the pans. It’s not amazing but about on par with the Z Palettes. 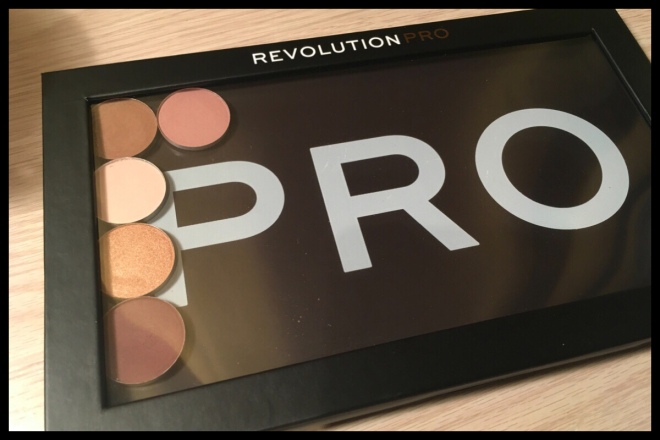 Overall I wouldn’t say that the palette is the best but for the price it’s a decent size and would work well in keeping your pans in a drawer or collection. The only thing I really have that annoys me is the fact that their own refill pans don’t fit it as well as I’d like, the extra room round the edges mean that can move more if you did travel with them and means more chances for breaking. I’m not sure I’d trust it for travel without the clear sleeve that it came with, I’d pick the Makeup Geek one for that as it also comes with a mirror and clicks closed rather than just relying on a magnet.

The eyeshadow refills all come in magnetic pans so no need to buy any additional magnets to keep them in place. I also like that when you take the pans out of the original plastic packaging they have the names in stickers underneath on the base of each pan. That means that no matter where you transfer than you can keep a record of what you have and which set they came from originally.

Having tried them as the only eyeshadows I took away with me I’ve used them a few ways and found that they do need a primer for me, without they blend to pretty much nothing except the shimmer. With a primer they lasted for 13 hours without too much fading and lasted well in the heat and cold. They blend well and I like the formula of these more than the palette I had. I swatches them both with and without primer and for all of them there’s a big difference in pigmentation and how it applies.

Equal – A mid tone brown matte. Decently pigmented and applies evenly, though does tend to leave a mark where it was first applied if directly on a primer. Finely milled and does have a bit of fallout if you don’t tap off the excess enough but easily brushed off without leaving any marks.

Sufficient – A pale pink toned cream matte. A great pale matte for a brow bone highlight or as a matte for the inner corner. Another that has kickback in the pan but no fallout when applying it and blends really well with other colours. As it’s close to my skin tone it makes it a great colour for blending out the edges of an eye look.

Requisite – A golden toned copper shimmer that can become metallic if you pack it in enough. Soft and creamy and blends well, actually decent without a primer too.

Kosher – A deep red brown that’s finely milled and decently pigmented. It does apply a bit patchy at first if directly on the primer but nice and smooth when it’s on top of or blended with another colour. Blends out well and doesn’t need much for pigmented finish, especially if you use a dense brush and apply it in small circles.

Exceptional – A matte pinky taupe that works really well as a transition shade. Blends out well and with others, feels very finely milled and slightly powdery on the brush but pigmented and doesn’t need building up for decent pigmentation.

I have to say that I was pleasantly surprised with the eyeshadow refills. They are nicely pigmented and those that are less so build up really well. They’re finely milled so blend with each other and other shadows really well and the colour combination in this set is wide enough to do a few looks with the shimmer to add a different finish. 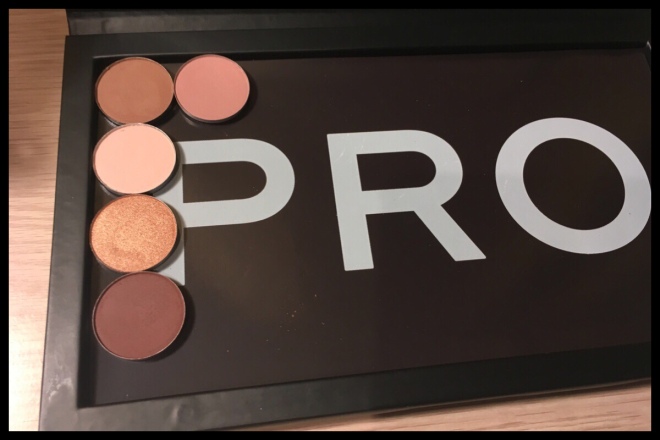 One thing I liked the most about the shadows is that I think they’d work for both beginners and more experienced makeup users. Though this is a colour mix that a lot of people probably already have in their collection the pinky taupe is slightly different. At £5 this could make a nice stocking filler for a makeup lover or a couple of these sets with a magnetic palette could be a nice starter set for a beginner who wants to experiment with colours to find the style they like. I think I’d definitely consider their refill sets in the future if they have colours I like as I like the way you can mix and match and basically make your own palette for whatever your look or style is.

Have any of you tried their refills? Are there any that stand out as worth getting? I’ve liked their products I got recently, especially these eyeshadows and the Halloween Corpse Bride lipstick.

2 thoughts on “Review: Revolution Pro Large Magnetic Palette and Eyeshadow Refill in Base”