I haven’t used Candy Coat gels much as I only bought these earlier this year and it’s the second colour I’ve tried but I love this mustard. 460 is the perfect colour for this autumn with this yellow being everywhere at the moment. It’s not a colour I would have thought of for my nails but since I got it in the surprise kit I do love it on them. It’s definitely different and would make a great base colour for nail art too.

It’s a cream finish nail varnish and does have a high gloss and smooth finish when you use it with their own base and top coat. It may not be a specifically autumnal colour, I think it’s in their permanent range, it’s definitely one that suits the autumn season, especially with this year’s trends. 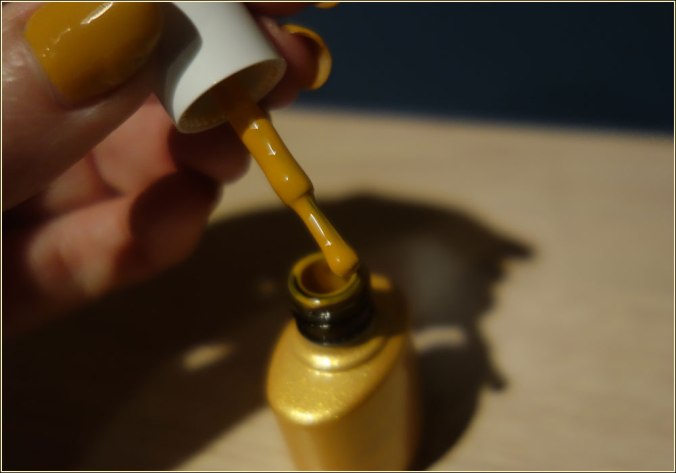 The formula for this gel nail polish is very thin, it does take some getting used to after other gels as it spreads itself a lot more and can settle in the edges. I did find that this is something I’ll have to improve on as a couple of my nails ended up with excess along the two sides. This means either there’s extra to catch on things and it pulls off easily or you have to cut the edges (their cuticle cutter is very effective for that) and then there’s no seal so it’s easy to catch and, again, it peeled off easily. You do have to be careful not to make a layer too thick as well, it does end up a bit wrinkled and seems like layers beneath the wrinkling do not actually set. I found that by the time I was on my second hand I was doing fine with it, it just took a few nails to get going so they’re the ones that have been lost. After that none of them show signs of going anywhere yet. 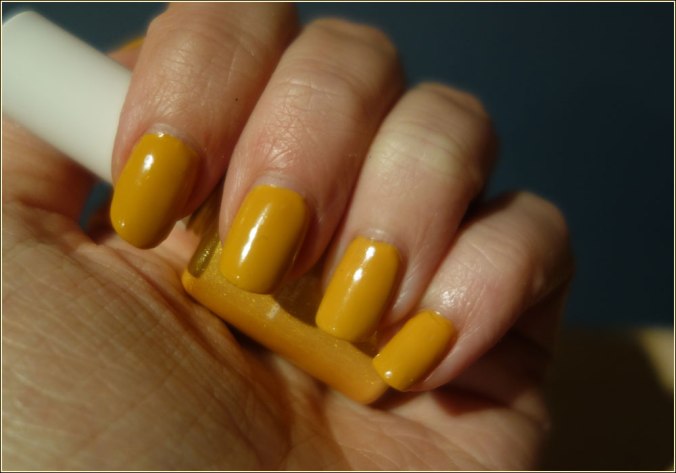 On their site, and on the bottle, it says this is a two coat nail varnish, but I found that it needed three or four to be opaque really. It’s such a thin formula that, although the second coat did even the coverage out, it was still pretty see through and needed extra coats to really cover well. I ended up using four and it’s still not as thick when you look at it on the end of the nail as some other brands when I use two coats so I think it’s just the thinness of the formula that means you need the extra coats rather than anything to do with pigmentation.

As with most gels you need a light, either UV or LED, to set the nail varnish and a gel base and top coat. I used their own for both as I actually prefer their thinner formula to the other base and top coats I have. These all take a minute under LED and each of the thin layers stays tacky until you add the top coat. It’s quick and easy to do and after the final setting on the top coat you can instantly do anything, which is the main reason I love gel nails. I am so bad at accidentally doing something too soon and ruining normal nail varnish.

As far as staying power goes the Candy Coat gels have a long life, the other colour I used lasted three weeks without peeling. I’ve had this nail varnish on for over a week now and only the ones where I’ve made mistakes with the application show any signs of weakness or peeling.

I think if you’re looking for a mustard coloured gel nail varnish this is worth looking at. It’s a good price for a gel compared to a lot available in the UK, an 8ml bottle costs £8, and has good staying power. It doesn’t chip and so far I’m impressed with the Candy Coat gels in general. They have a huge range of different colours so if this isn’t your colour then there’s a lot of others to choose from.