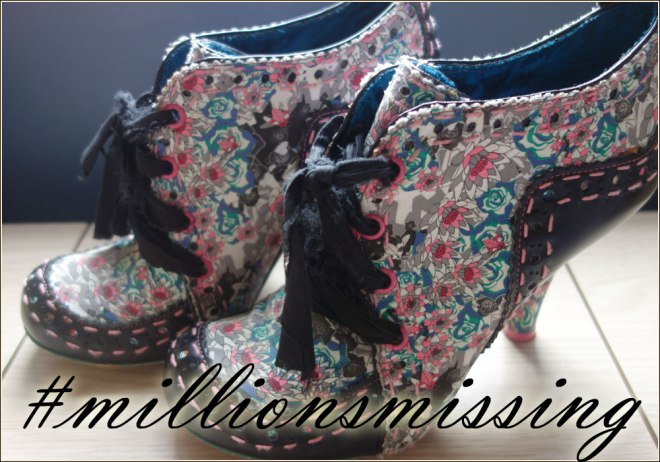 I feel like every year I manage to miss M.E. awareness day, or week depending on which you choose to do, and this year I only realised today that it is in fact tomorrow. I haven’t really done many posts on M.E. recently, I felt a bit like I was repeating myself at times and the new post ideas I’ve had I just can’t really get started on, they are coming at some point though!

I’ve done quite a few posts on M.E. in the past, especially around M.E.A.W., so this is a link to previous ME Awareness Week ones  (and some tagged M.E. Awareness Week too because apparently I did two tags). I’d say if you’re interested in my story then this post is a good place to start and the spoon theory is always useful as a way to introduce the idea of M.E. and how it affects us every day.

As I’ve covered a lot of M.E. topics I thought this year I’d mainly post about ways people are raising awareness and ideas on what you could do, most of these are very easy as they’re aimed at people who may be severely affected by the chronic illness as well as those who aren’t.

One thing I wasn’t aware of until this year is that May 12th is M.E. awareness day as there are people who believe that Florence Nightingale had M.E. and this is her birthday. I found this on the M.E. Association website:

“From 1857 Nightingale found herself often disabled by poor health, which some suggest may well have been Chronic Fatigue Syndrome(CFS). As a result, Nightingale now has been adopted as a kind of patron saint by for this under-studied disease. CFS sufferers… commemorate her birthday as a kind of rallying point; their own lamp in the dark.”

Probably not all that relevant but I found it interesting. Also M.E. awareness day was started in 1992 so it will be the 26th anniversary this year, it’s been going longer than I thought.

I’ve had a bit of a look around and the main charity I’m aware of when it comes to M.E. is Action for M.E. so I thought I’d start with them. These are all aimed at sufferers rather than as a way for others to help but retweeting or sharing any that people have put up would help a lot with spreading awareness too. There are three main ways they’re suggesting people help spread awareness, or share their stories, besides retweeting and sharing from their own twitter feed, and they are:

As I said these are mainly aimed at people with M.E. rather than people who generally want to support or raise awareness of it.

I also found a lot more of the normal fund raising style events and idea on the M.E. Association website. This includes a page that lists a lot of events that are going on over the weekend so you might find something local to you if you want to go along and support it. I have to admit I didn’t realise there was so much going on around the UK for it so it’s nice to see so many events. There are two other suggestions on there:

There are a few ideas for ways to help share and raise awareness . There are a lot of M.E. charities out there, I did a list a few years ago but I’m sure there are a lot of others internationally but it might be worth checking if you’re interested to see what’s in your country or you have any you think would be good to add.

Sorry this turned into a bit of a wall of text, I just wasn’t sure what photos to add in here. Hopefully it’s been interesting or helpful for someone out there. I know it’s rather last minute, I had a whole plan for things to do in the lead up too but they’ll have to come later as May seems to have come so fast this year!

I hope you guys have a good weekend and it’d be great to see some people posting or sharing things on social media so either follow me on there or leave your usernames down below and I’ll follow you.