After the recent hot weather it seems the perfect time to review the 98% Watermelon Soothing Gel from Etude House. I bought it in a recent eBay Korean Beauty haul for £6.65. It’s sold as a cooling and calming gel, something like the aloe vera gel you get to use for cooling and calming your skin especially after sun burn. To add to the cooling effect you can keep it in the fridge, though this does give you a bit of a shock when you first apply it!

I like the bottle for this, it’s a fairly sturdy plastic but can be squeezed. I have a feeling this will be one of those tubes that will be hard to get the last out of. I really like how this is clear and you can see the red background that looks like the inside of a watermelon with the pips through the gel. The green lid adds to this watermelon slice effect as well. Most of the information on the back is in Korean but they do have the ingredients and some information in English too. 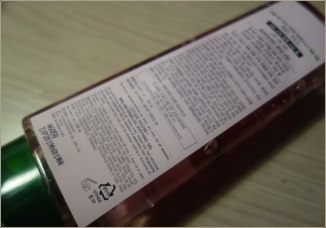 With the products being made of 98% natural watermelon juice it’s not surprising it smells like fresh watermelon. It doesn’t have the fake watermelon scent that a lot of watermelon products have. It does have a hint of that and a watermelon fragrance but it’s mainly pure fresh watermelon slices to me. It’s definitely a fresher scent to me than a lot of the aloe vera gels I’ve had which have a more perfumed smell to them.

I tried this gel as both a standard moisturiser and as more of a cooking after sun style product. As a standard moisturiser it works fairly well. It’s definitely light and the gel formula means it sinks in easily, almost melts as you spread it around. It does leave a bit of a film feeling to start with but I felt like that left after ten or fifteen minutes. It’s not an overly moisturising formula but does sink in well and did help my dry skin a bit, just not as much as body butters.

It definitely works as far as soothing hot skin goes. After the recent hotter weather in the UK I found that my skin ended up a bit pink, even with spf 30 and staying in the shade, so it seemed a good chance to try it. It was nice and cooling and removed the heat from my skin. It wasn’t enough to be classed as sunburn really so I can’t say how it would work for that but I think it would work very well for mild sunburn. I also found that, compared to a lot of aloe based products, the sticky feeling I find after a lot of products wasn’t there and you don’t get the film layer that can transfer or come off in little rolls when rubbed.

Overall I would definitely recommend this as an alternative to aloe gel products. In the summer I end up using these a lot to cool down my skin and it helps to stop a slightly pink tint from peeling rather than disappearing or turning into a tan. It can become a bit monotonous with only one scent with aloe gel products as I do like to be able to change the scents I use when I want to. This watermelon gel gives an alternative and, in some ways, I actually prefer it to aloe ones I’ve tried.

It seems like there are a range of cooling gels in Korean beauty products, with the standard aloe gels I’ve seen cucumber as well as this watermelon gel. Have any of you tried this or the others? Any others you’d recommend? I’m tempted by the cucumber one as I know I’ve tried other cucumber based moisturisers but never tried an actual gel.