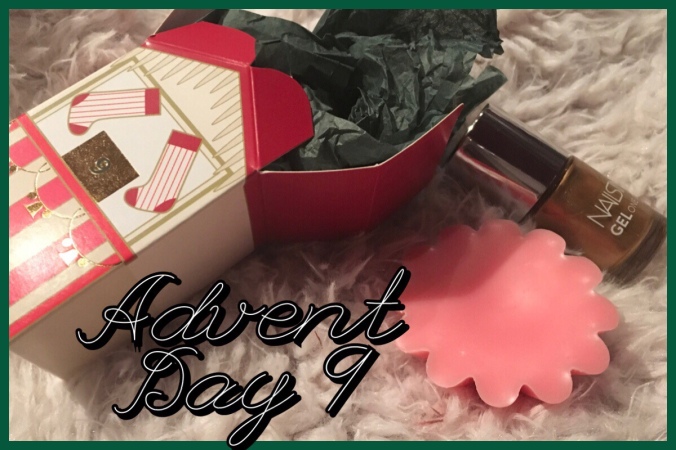 Today’s been another busy day so another late Blogmas post tonight, though maybe it’s a better time for some of you as it seems to be getting more views on my later posts. The Marks and Spencer’s beauty advent calendar gift for today is another staple of beauty gift sets year round in a bottle of nail varnish, I think this is the first of two in this advent calendar. This is a full sized Nails Inc One Coat Gel Finish nail polish in the colour Molten Star. It’s a warm coppery gold that looks like it has tiny holographic shimmer particles in it but I can’t actually find it for sale in any store online so maybe it’s an exclusive. If you do want it though there are a few people listing them on eBay for £5 to £10. The range in general is £13 for this 10ml bottle and it’s a nice colour for all year round so will be interesting to see how good this one is.

Pink Pomegranate is one of those scents that I’ve never heard of before this Christmas but it seems like maybe it’s a standard Christmas scent. Have any of you guys heard of it? Maybe I’ve just missed it every year. These wax tarts, the ones I’ve tried so far, have a good throw and last pretty well. They’ve been burnt for 6 hours and still smelling pretty strong cold when I took them out of the burner. This is from the Scented Seasons Shop on Etsy. It’s not technically an advent calendar, it’s a set of all twelve Christmas scents they do, but I’m picking them out at random every other day so it kind of is. 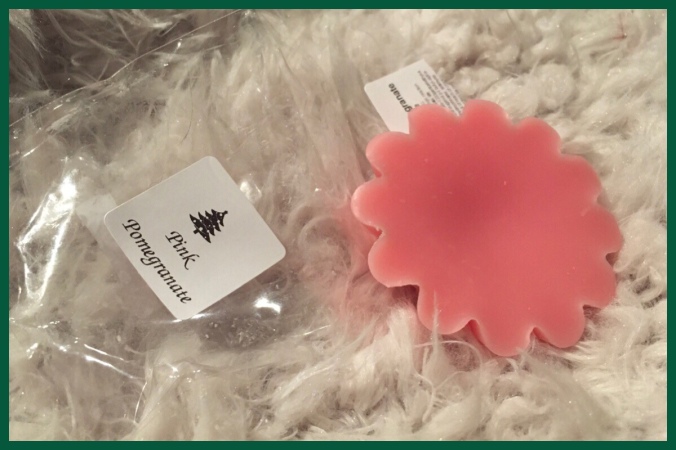 It’s the third of the wax tarts from the Scented Seasons Shop 12 Scents of Christmas set (£15) today, I’m not being very regular with this one am I? As well as being available in the set of all twelve of the Christmas scents in their range all the scents are also available individually at £1.25 so you can mix and match which ones you want.

Today’s is the Pink Pomegranate scent, not one I knew what to expect when I opened it as it’s not one I know of. It’s not what I would call a typically Christmas scent, it’s one I can see burning throughout the year so I may just burn it a bit and keep the rest for after the festive season as some of the others are definitely winter scents to me. Pink Pomegranate reminds me of a perfume, maybe it’s meant to be based on a specific one, with definite flowery tones and a strong perfumey base to it. I’d think there’s something like jasmine in it, it has that almost overpowering scent that sometimes does, and a musk of some kind. I’m not doing very well describing this but it really is the kind of smell you get in Christmas gift sets for body lotion or perfume.

These wax tarts have a good burn time, six hours in and there’s still decent scent when cold. I love how you can just burn them a bit, wait for it to go cold and solid again and tap them out of the burner. I tend to find that wax tarts in general last eight to nine hours for me and have a better scent throw than a lot of smaller candles. You do need a wax burner but if you want a tea light burner these are pretty cheap, the one I have was around £3, and the tea lights themselves are easy to bulk buy in supermarkets. I prefer an electric burner but it is more expensive. 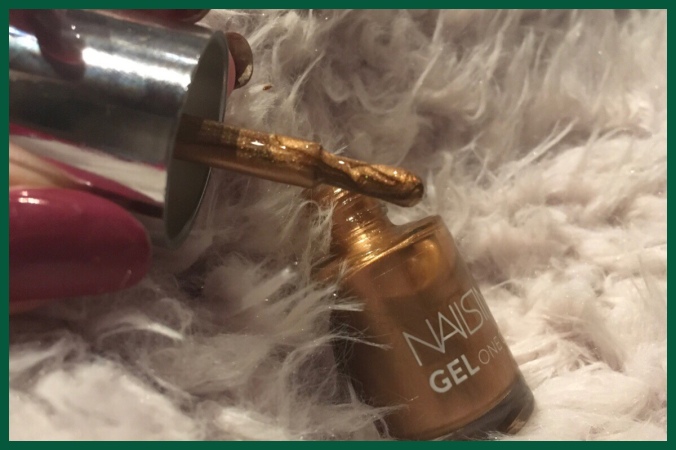 The Molten Star One Coat Gel Effect Nail Varnish from Nails Inc is a really nice colour. It’s a warm coppery gold, it’s sort of half way between the two for me, and has a shimmery finish to it. It does look a bit like a shimmery molten metal in the bottle when you get it out on the brush. It’s in one of Nails Inc’s round bottles, the style they released all nail varnishes in until fairly recently, and has a nice lid to hold though it looks like it should be awkward. The brushes for these are also great, they’re a fairly wide and flat brush that means you can almost do a nail in one stroke, two is definitely enough for even my thumb nails.

I will say that I think they’re being a bit optimistic with the One Coat claim. One coat was pretty smooth but you could definitely see through it to where the end of your nail bed was. I found it took three coats to be completely opaque as it’s a very thin formula for a gel effect nail varnish. Also, if your nails have any imperfections texture wise they will show up to the third layer. My nails are ridged, I’ve been slacking with the buffing so have to start from the beginning, and the ridges are still very obvious with two coats of this nail varnish.

Saying about the thickness of the formula it’s very thin so does spread easily but after the first coat it takes a while to dry for each of them. This is the first time in ages that I’ve ended up smudging my nails, it would happen on the day when I want to photograph it. I haven’t done this for ages as I left it half an hour before I did anything on the third coat and it got smudged and removed half of the nail varnish without too much contact. This is a nice colour but one I’ll have to see if I have to work out a specific way of applying it to get it to set better.

Having said that nail varnishes are standard, plus I have way more than I need anyway and have been trying to reduce my nail varnish stash, this is a nice colour and the kind of colour I think will be great for Christmas parties. It’s one I will probably use in the summer on my toes too and it is a nice change from the standard red you often get.