I realised I don’t think I’ve ever really done a travel blog post and, as we spent five days in Ireland driving around the south west, I thought I’d do a mini series as there’s way more photos I want to post than would fit into one. This post is about the first place we stayed; Bunratty, which is a small village with not much in it besides a castle which is inside the Bunratty Folk Museum.

Bunratty itself is a nice village to spend a day but could be a good base to go to surrounding areas. We spent three or four hours walking around the Folk Museum though you could probably spend more, especially in the summer when there are more of the workers in costume that would add to the atmosphere.

I feel like I maybe should warn you but this post will have a fair amount of photos in it. It may take a while to load, though I’m not sure if any internet tends to need the warning these days, maybe it was more back in the dialup years people did this. 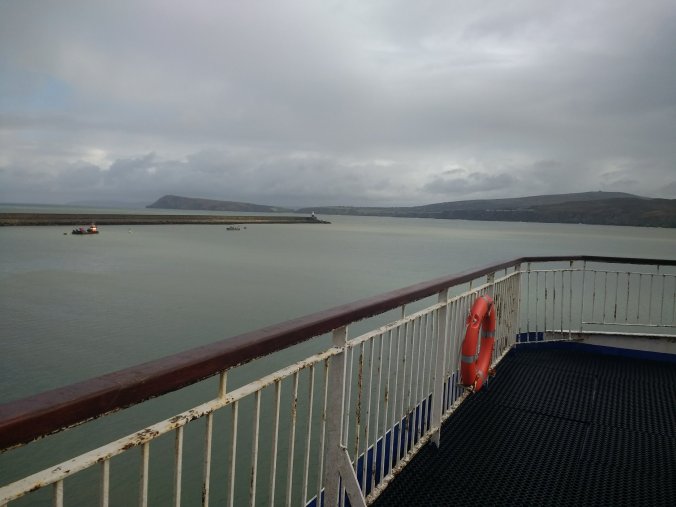 Bye Wales! The view of Fishguard as we were leaving

I was planning on doing this day by day but as our first day was us travelling to South Wales where we stayed overnight at a relative’s house before heading to Fishguard for the ferry to Rosslare in Ireland there wasn’t much to post on that section of the journey really. I also meant to take photos of the ferry trip but it ended up being the first time I’ve ever been seasick so I didn’t really feel up to it.

Taken on my phone, this really isn’t a normal double bed size, I could have had different pillows each day and had some left!

We stayed in the Bunratty Castle hotel which had nice rooms, the food wasn’t bad either even though I only went for room service because I was too tired to sit downstairs when my parents were at the medieval castle feast. If we go back I think I’ll be trying to go to that, it sounded amazing. One thing I feel like I have to say is their double rooms have very large beds, though they’re technically two pushed together, or ours were. We did end up getting lost finding the hotel, which seems impossible considering the size of the place and the fact there’s one main road going through it with a few smaller roads going off, but if you’re staying there you go through the Blarney Woollen Mills parking, just in case anyone else makes the same mistake. It didn’t help it was half past nine and dark, maybe it’s more obvious in the daylight. Also everything is fairly obviously aimed at American guests, from the menu to the plugs in the room. I think it’s the first time I’ve stayed in a hotel room with as many American sockets as British. The food seemed very generous portion wise, we ended up taking half of the room service food for lunch the next day. 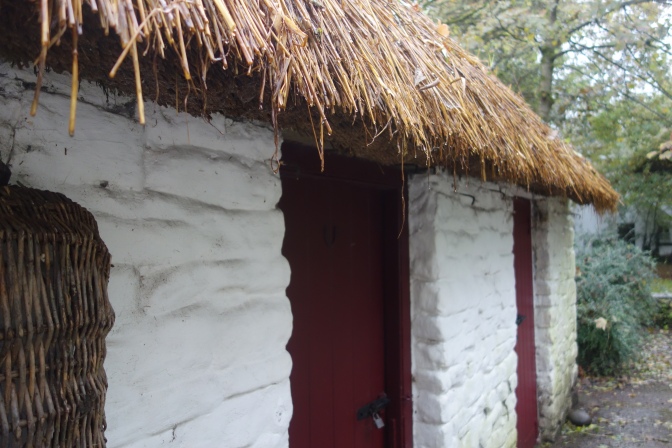 The Bunratty Folk Museum was really interesting to walk around. It’s a kind of living museum in a way, the houses have been brought from around Ireland from different times with furniture and things like toys or homeware things as well as bigger pieces of what would have been considered technology at the time.

I was surprised at how much there was to see and how long we spent without taking too long looking at everything. It’s fairly wheelchair accessible for the most part, there’s quite a few slopes but I don’t remember any stairs. As they are old houses the doorways are fairly small, though it depends ono the size of the wheelchair I can see some struggling. It wasn’t too high energy for walking around but it depends on how fast you walk or how long you linger in places. 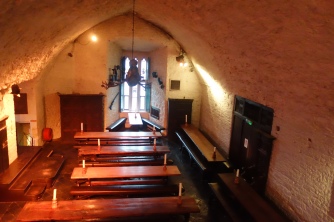 I will say that the castle itself was definitely the highest energy part, there’s lots of spiral and windy thin stairways to see everything so it’ll be difficult if you need walking aids. I didn’t manage to get around all of it, some of the rooms my parents went up to see and see if they were worth visiting but I didn’t go up there for a few. It was definitely an interesting castle to look around and the setting for the medieval feast which has two sittings each day so two of the largest rooms were setup for the dining and as an entry room for waiting. 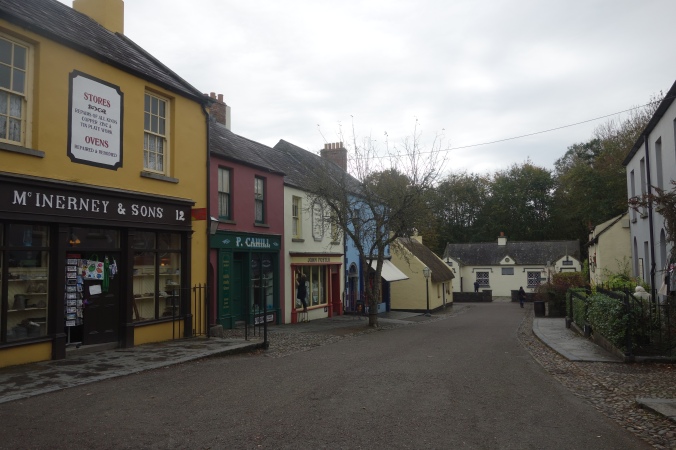 Alongside the castle and random houses set around the route of the folk museum there is a full sized street setup with actual shops in some of the buildings. Some of them are set up as they would have been at the time they were built but others had stores in them. They had interesting hinge in them, the two we bought from were some prints from the print store and some earrings and a tree decoration from the ceramics shop. I could have come away with a lot more but stopped myself.

For younger visitors, or for big kids like me, there’s also a fairy village which I may have taken way more photos that I probably should have! There were a range of fairy doors, most of them had names and occupations for the inhabitants but there were also mini versions of the houses in the folk museum.

Durty Nelly’s is so close to the castle it’s hard to miss, you walk past it to get to the entrance of the museum. Not sure why this phone box is white and green, the rest we saw weren’t

Outside of the folk museum was a Blarney Woollen Mills store which has a range of garden things, gifts, food and clothes. There were some nice gifts but I didn’t actually get anything. It’s was a nice store to wander round for half an hour or so but not one to set aside a whole afternoon for. There are also some other buildings that were interesting. I didn’t go inside as it wasn’t open at the time but the Original Dirty Nelly’s pub is in a 1620s era building that has stone floors and seems like it has old traditional food and drinks.

Overall I’d say that Bunratty is worth checking out if you’re in the area of Ireland. It was the most in depth and biggest museum or historic place we visited and you could easily spend a day walking around but it’s not a place to expect to spend more than that as far as Bunratty itself. It could be a good base but I’d say a tour, like we did, is the best way to see the area really. 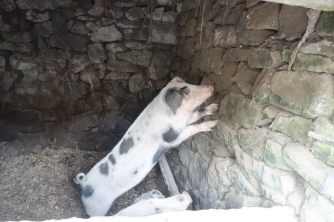 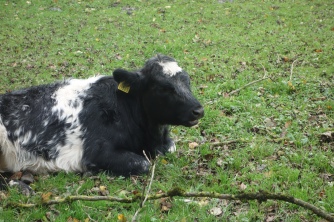 This wasn’t the most picturesque place to visit, or rather it was but not in a natural countryside kind of way like the rest of our trip. The next day we headed off to the Dingle Peninsula which is beautiful so there will be plenty of green and scenery in the next post. Hope you enjoyed this one.

Have any of you been to the area? Was there anything near Bunratty that is worth checking out if you visit. My Dad had been there in the past so we were mainly there for the feast and the museum as they were what he knew and had told us about but it’d be interesting to know what else we may have missed out on or you’d recommend for other people visiting.