I wish I’d taken more photos, I’m still not that good at remembering to do that when out and about, as the shopping area was so nicely arranged, which sounds like an odd thing to say but not having aisles crammed in and there actually being space in all the shops was really nice. Add in the odd sky on Monday due to the storm in Ireland and the UK and I bet the lake would have looked great in them. With the five hours free parking and range of shops there I definitely recommend Rushden Lakes to anyone local as a place to spend an afternoon wandering and shopping. Though it does seem like most locals already know about it, I seem to have been slow on finding this.

Anyway, onto the shops themselves. Though I didn’t get what I originally planned to as there weren’t any of the long tops or tshirts that I liked in my size I did end up getting a few things. In the end I got things from Primark, Marks and Spencer, Holland and Barrett, Flying Tiger (a new favourite shop) and Boots, though it was fun wandering around the rest and I was very restrained when it came to the large beauty section in House of Fraser, I don’t think I’ve seen so much Urban Decay in person before! 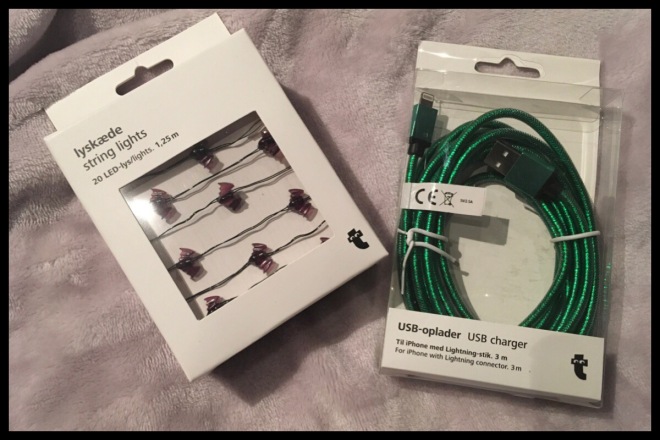 The first thing from Flying Tiger is pretty practical, though it’s in a nice bright colour, in this 3m long charger cable for my iPad. My current cable is the short one that came with it and always seems to get pulled out as I try to do things that are just that tiny bit too far away from the plug. This cost £5 I think (the receipt has gone missing so it might be £7) which is so much cheaper than an actual Apple one and as it’s from an actual store rather than online it’s actually possible to return and should be better quality.

I didn’t plan on getting them but these tiny LED Bat Lights were too cute to not get. The part with the lights themselves is 95 cm long, so just over 3 foot, but the wire is actually bendable and holds its shape so it’ll be great for decorating for Halloween when I think of where I’ll put it. I’m half tempted to wear it round my waist as a belt but not sure it’d survive that long. Plus at £3 they seemed a great price, I’m kind of hoping they’ll have some Christmas themed ones, or just plain colours, later in the year for decoration. 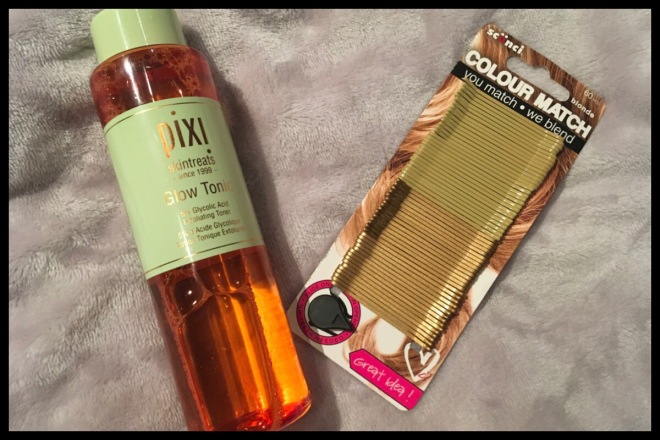 My Marks and Spencer purchase probably isn’t too much of a surprise, it’s repurchasing a bottle of the Pixi Skin Treats Glow Tonic. I love this stuff and my skin does too so I wanted some more as my previous bottle is getting low. This 250ml bottle cost £18, a pretty standard price but as I need it soon it was easier than waiting and buying online. I’ve done a review of this, I know it seems to be a love it or hate it product depending on if your skin likes glycolic acid, but you can find that here if you’re interested.

I bought a couple of things in Boots, though most were simply practical and I may have already used the dye before I photographed it (I know, bad blogger!) I thought I’d include these Colour Match Hair Grips in here as Scunci are my favourite brand for these, they just seem to last well and look good. I’m not sure how they always seem to disappear but the last pack I bought of these was over a year ago and I still have five left so they’ve managed to stick around somehow. I bet I find a little group of them under my bed now I’ve bought more though!

Recently it seems like I can’t go past a Primark without buying something. I love their black viscose leggings and at £2.80 and with the extra long legs these are great and I do love them under a dress or long tunic top with long boots. They’re the perfect look for autumn for me. I’ve never bought Primark tights so I wanted to give them a go when I saw this colour. These feel so soft, as they should being the Super Soft Tights, and I hope they last well, the purple colour will go great with one of my dresses so looking forward to trying them and at £3 they seem a good price as I know tights always seem to get ladders after the first year so it’s not very often it’s worth spending more.

I’ve been loving the slightly muted but light colours out this autumn and this shirt is so pretty, it’s just called Burgundy Shirt on the label so not sure if it has a more specific name. It’s a fairly standard shirt style with the roll up sleeves and it’s a nice thin material that’s so comfortable and will be great over vest tops with jeans, how I normally wear them in the colder months when it’s not quite cold enough to need a jacket but you need something more than a tshirt or vest top. This does seem to come up small, typical Primark sizing, so I’d say go a size up if you want this. It’s £7 and I have had Primark shirts before that last years so it’s a great price.

The final shop I bought from is Holland and Barrett, though again it was mainly fairly functional in buying things I needed to replace. I did buy a load of dried fruit and nuts for various recipes. I got these Gin-Gins (£2.19 each) as they are amazing if you get travel sick, or they work for me, and as we have a ferry trip coming up soon I thought it best to stock up on them! I also bought a replacement for the Dr Organic Moroccan Argan Oil hair serum (£14.99) I’ve been loving. If you want to read more about this I do have a review here you can read.

Overall it was a fairly successful shop. There’s definitely things I went there expecting to buy that they didn’t have but it was fun to go somewhere different and, as it’s just over half an hour away from me, I’ll be going back some time. I bet it’ll be a great pace in the summer, though it’ll probably be busier then, as there are quite a few food shops coming soon and a lot of seating on the lakes so it’d be a really relaxing place to sit and have a meal or a coffee break in the middle of shopping.

2 thoughts on “A Bit of a Haul from Rushden Lakes”