Years ago I used to buy the Elf brush shampoo and then they stopped selling in the UK. Since they re-opened for sale in the UK I have bought a bottle and had been putting off washing by brushes for ages. As I actually finally did it, and they really needed it, I thought I would do a review of the Elf brush shampoo as well. It’s been a few weeks since I used it so they’re probably due another wash. It’s one of those jobs I hate the thought of but it’s never as bad as I expect it to be, does anyone else find that?

Anyway, on to the review. This bottle is 120 ml (4.1 fl. oz.) of product and costs £4.50 on the Elf online store. I don’t know anywhere else that stocks them consistently in the UK, I have seen some Elf products in TK Maxx fairly often but not on a regular basis and never the same products twice in a row so it might be worth looking in there. The brush shampoo isn’t meant as an everyday wash kind of thing but a big wash after a while to completely cleanse any product off them. They do a daily use spray that I’ve never tried but wanted to, maybe with the next order I’ll get it. Have any of you tried it?

The one thing that tends to put me off getting Elf products is the fact that in the UK you can only buy them online and, as the products are mainly cheap themselves, paying the postage of £3.95 just adds so much to the price of each one if you only want a few things. I tend to just save up an order until I have quite a few bits in there, though as I had to find replacements when they weren’t available in the UK I haven’t really gone back to them and don’t have a big list like I used to.

I really like the look of the Studio line of products from Elf, they have the black packaging, most of them have a matte black when they’re the makeup products, and this bottle goes with that. It has a slightly clear black plastic so you can see the product inside if you really look but it looks better than a clear plastic and, to me anyway, it gives it a more expensive look for some reason. The plastic itself is pretty soft and easy to squeeze, which helps a lot as it’s square rather than round so it could be hard to get the product out if it was harder. As it is I’ve not had any problems, even right at the end of the product in the past. 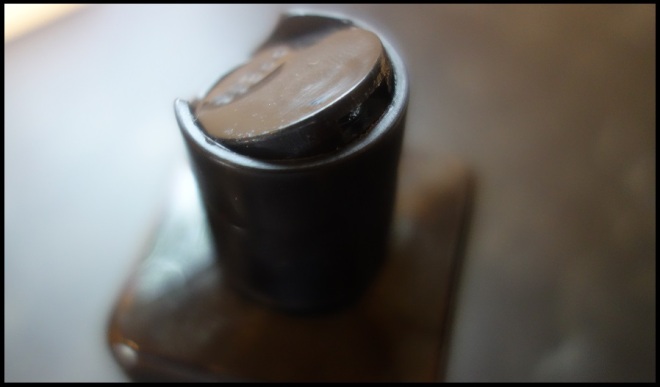 I’m not so keen on the lid, it’s the kind that has a hinge half way across and you press down one side for the hole to show on the other when it flips up. It does mean it holds closed all of the time but I have found that if it falls on its side when it’s full it can sort of ooze out of the hole side a little bit, making a bit of a mess. I’m not sure if maybe at times it didn’t click closed completely or something as at other times it has no problems. I do like how the lid is easy to remove completely, it twists off which makes it really easy to get the last of the product out.

The shampoo itself is fairly thick and clear, it does pour easily but it’s not so runny that you use a lot of product by mistake so it’s easy to control how much you get. There isn’t much of a smell with it, I get a very subtle shampoo kind of smell, it’s hard to describe but the kind of smell that you get in a hair dresser’s when you don’t know what product it is but it’s there. It does create quite a few bubbles, it’s not overly foamy which is good so you don’t have to keep rinsing the brushes after to remove it, but there’s enough to know that it’s lathering and that it’s there. It does bubble quite a bit when you use it with a beauty blender type sponge but they’re easy to rinse out with warm water anyway.

A little goes a pretty long way with this, I use a blob about the size of a pea in a small, shallow dish and probably less than 1cm of water for the smaller brushes like the eye product ones and two or three times that in a cup for the larger face brushes. I do tend to rinse the brushes two or three times, depending on how much product is in them, and I’ve never had a problem with it removing all kinds of products from powders and mousse product to the oilier concealers, foundations and serums. I have found that it takes a few goes with the shampoo for beauty blender type products but I think that’s a general thing as I’ve found a lot of people who say that, even with the more expensive cleaners, there are marks left on them from some foundations. 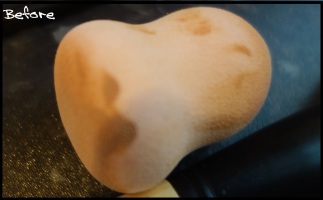 One thing I used to worry about with cleaning my brushes was how well they would work afterwards, whether they would lose their fluffiness after the first wash, and I haven’t had a problem with that for any of the brands I use. I have found that some of the ones that were already starting to lose their bristles, some of my Elf ones are about 6 years old now and really have seen better days, do lose more when I brush them on a paper towel but there was no difference during use afterwards.

Overall I think this is definitely a good brush shampoo if you can get it easily. It’s not worth making an order by itself but as part of a larger one, or if you’re in a country where you can easily find it in stores, it’s worth getting. It works well as a cleanser for a proper, deep clean and it cleanses all kinds of products off. I don’t know that there’s much more you could want from a brush shampoo really and for the price it’s good as a little goes a long way and you only need to use it twice in one go unless your brushes are really covered in a more stubborn product. I think this is one of those products that will make me make an order form Elf, even if I get a couple of these, the daily one and some more brushes to make the postage worth it.