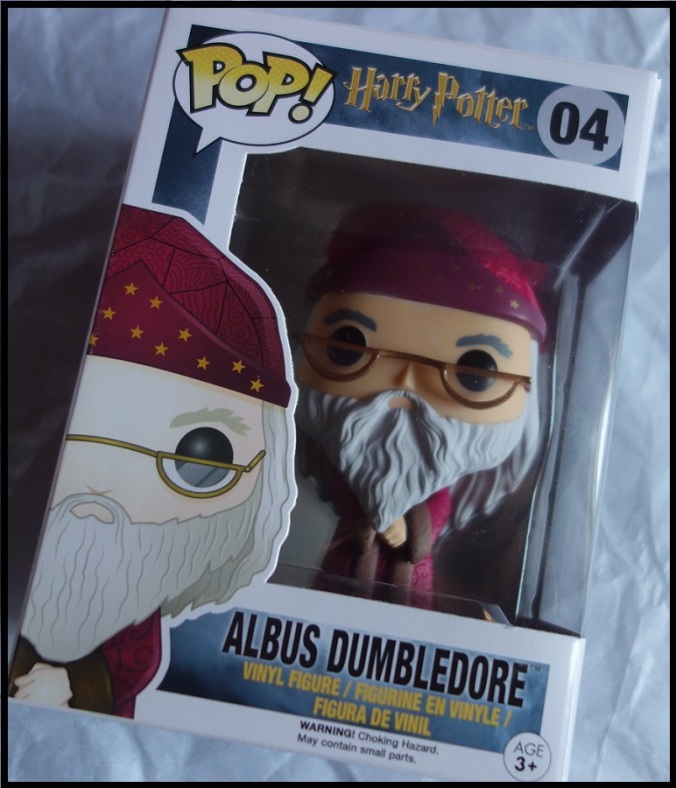 There are two versions of Dumbledore available, at least that I have found on Amazon, but this is the one that was released in the original wave of Funko Pop figures. I wanted some of these since I first saw they were releasing them and then this year I decided to get two of them, I reviewed the Snape one earlier this year.

These Funko Pop figures are vinyl figures based on a large range of different franchises, most of them are the same size as this figure but there are some that are larger, for example Hagrid in the Harry Potter series, and some are smaller or there are rides and bobbleheads in some ranges. This Dumbledore figure does seem to vary in price but it’s normally between £8 – £12, when I got them they were around £9, at the moment it’s £8.68 on Amazon but that might change by tomorrow, the prices seem to go up and down a lot.