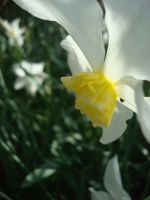 I think a lot of my recent ME related posts seem to have been different hobbies and things like that and I was planning on doing just a big generalise hobby post but these individual ones end up being long enough for posts themselves so I thought it’s best to have a few shorter ones rather than one big one with a wall of text as I know they can be energy draining and harder to read.

I think I’ve always like photography and, even when I was younger, I’ve normally taken photos of places and things rather than people so my holiday snaps end up being the landscapes and buildings. I never really thought of it as a hobby though until I got ill as it became one of those things that I can do even when I’m really tired. It also doesn’t need a fancy camera or equipment, most people have a camera or, recently, a phone with a camera in it and you can take a photo of almost anything.

A few years ago there was a big thing for Project 365 where you take a photo every day for a year and, although my life was mainly at home and even in my room, I did find that for almost a year I managed to find new things to take photos of. Some of these were just things like the fairy lights in my room or the spaghetti in the kitchen and I really like how some of these simpler ones turned out. I like things like this as, even if it’s taking a photo of an insect in my room or one of my figures at an unusual angle it seems to feel like it’s a bit of an accomplishment for the day, which probably sounds a bit weird when it’s not actually adding to anything or building up to anything but it still has that positive, I managed to do something, feeling to it.

. I do put some on Instagram but most I don’t and they’re just on my phone but they have a similar way of making me feel better on worse days where I don’t have the energy to go and sit outside at all. These photos don’t have to be great quality, most of the ones I take outside are blurry because of movement or just the fact that the camera on my phone can’t deal with the colours or the darkness but it’s still good to have the camera phone as an option as it’s with me a lot more than my normal camera.

Spring and Summer are especially good for this as you can take some very effective photos pretty easily, I just take photos of flowers and sit next to plants and see what insects land on them and take photos of them and they’re some of my favourites. I often can’t sit outside for long when it’s especially hot as it drains my energy but when I do I find doing something like taking photos and having something to concentrate on actually increases the time I can spend out there, I’ve never been someone who can just sit in the sun even if I wasn’t pale and burn easily.

I also really like taking photos of days out and then looking back at them later as I often find that when I’ve done too much like a day out then my memory gets affected and I forget a lot of the things that happen on the day itself. Now digital cameras have huge memories I take so many photos on these days out and about 90% of them are probably rubbish and will get deleted, the ones that do make it are great as a reminder of good days when you’re not feeling so good. Some of these photos I’ve taken before have been really bright and colourful and cheer me up, I haven’t got round to printing them off yet but I’ve got some in a folder that I’m going to print off at some time and make a collage for my wall.

All of this so far has been about easy to take photos with normal point and click cameras though you can get the DSLR cameras with better quality lenses if you get really into photography. I haven’t got to that point as they’re pretty expensive and less portable, I like to have the camera in my pocket and not that into photography to spend the extra for the camera and the lenses. Another way to improve photos is adding a tripod, I have one that’s a gorilla pod tripod that has flexible legs that grip onto anything and mean you can get some really good angles even if your arms are shaky. I do also have a more traditional one, mum and dad had two in the attic that were wedding gifts they think and never used so I got one, though I haven’t used it yet I am hoping to get more into that when the weather gets better if I go anywhere that makes it worth carrying around.

Do any of you like taking photos? I love how they can be a permanent reminder of an event or just something that makes you smile and, with digital photos, you can put them on a computer or one of those digital frames that show them on a slideshow and you don’t even have to print them out and put them in an album or frame but you still can if you want to.