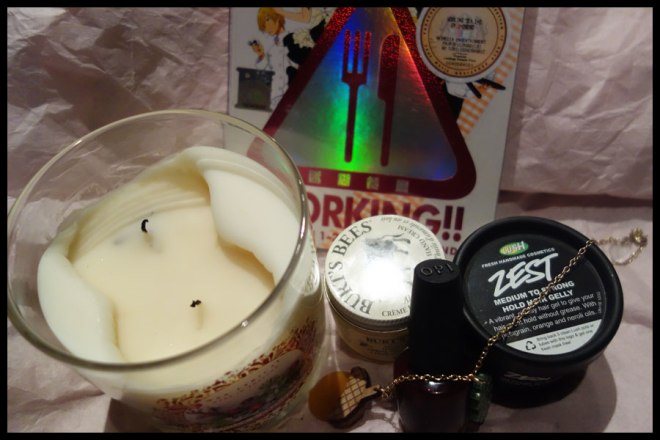 This is a bit late, I should have done this about a week ago really, but this is the November favourites post. It took me a while to think of some things as I haven’t been out all that much and used anything new makeup wise but realised there are some things that I have loved in the month even if there are less than normal. 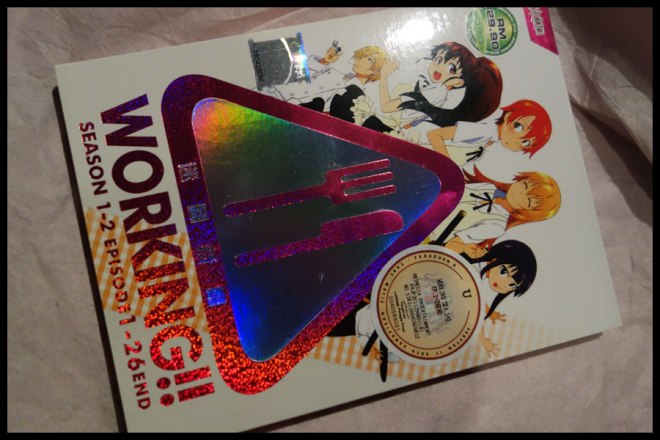 It’s a bit of an odd mix again with the candle, beauty bits, jewellery and the DVD. I have actually mainly watched Working!! (or Wagnaria!! As it seems to be called in America) and found there was a new third series released this year so watched that and it sort of kick started me watching other series that I started, got to the latest episode out at the time and then forgot to check later ones. I ended up watching the end of Gingitsune, Shirobako and Monthly Girls’ Nozaki Kun (I think that’s what it’s called, I always have to google it.) I guess I should have just put Crunchyroll as a favourite.

I’ve also loved watching a new show on Sky1 called After Hours, it’s a feel good show about an internet radio show run on a boat by three people and every episode has a happy ending. It finished this week for the first series and I hope there’s going to be a second. I’m going to be buying this one on DVD or iTunes as it’s one of those I think will be great when I’ not feeling so good, a nice pick me up kind of show, a bit like Miranda, not that the show is anything like Miranda really but it has the same feel good feeling to me. I have kind of watched a lot of Last of the Summer Wine, starting from the beginning, on YouTube as a great TV show to watch when I’m falling asleep so have probably only watched maybe half of most of the episodes, they’re just so relaxing.

I won this Vanilla and Cranberry candle by Wax Lyrical at the village fete in the summer but have burnt it so much this last month as it’s a nice autumnal scent to me, the cranberry just makes me think of winter and autumn, I guess it’s all the seasonal cranberry products that come out. This is mainly cranberry with a hint of vanilla but is still refreshing. This has been burnt for maybe six hours I think and it’s still looking fairly full. The throw is great and it lasts really well, I used to see Wax Lyrical everywhere at one point but Yankee seems to have taken over as these are an English company like Yankee.

I posted about the Acorn necklace from Sugar and Vice when I first got it and have worn it so much in November. I seem to have gone back to the dark jeans, white top and dark check shirt combo I wore a couple of years ago as they’re so comfy and this necklace goes really well with my shirt I have from Primark. I think I may also have mentioned this Visions of Love nail varnish from OPI, I think I reviewed it last year in the Gwen Stefani Christmas set last year. I love dark colours for autumn and I’ve been wearing this along with Gaining Mole-mentum from the Muppets Most Wanted collection, though I can’t find it at the moment and this dark red with rose gold looks amazing. 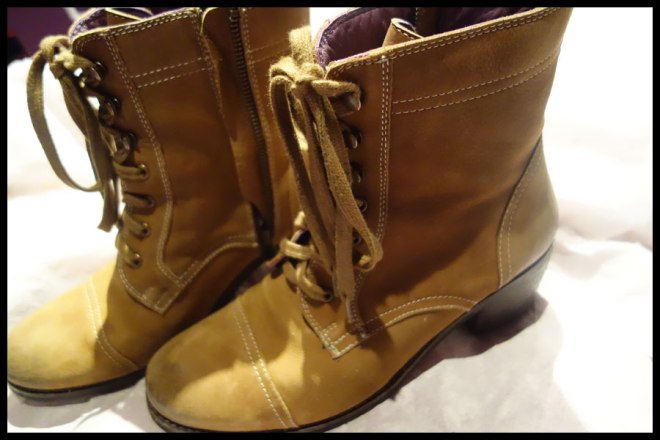 Talking about my jeans/check shirt combo I’ve been wearing these tan boots with them most of the time as I have skinny jeans that go inside these. I just love tan boots, I was torn between putting these or my Next ones in here but I think they’ll be used a lot in December so I’ll probably have them in the next post. These are the Benedict Boots (I think they’re the Benedicts anyway) from Moshulu and they feel so comfortable I can wear these for hours. They have a bit of a heal, maybe between one and two inches, and the bottom have grips like work boots so they’re great when it’s wet as they’re very balanced and easy to walk in even when my balance isn’t the best. They’re more than I normally spend on shoes but they’re great quality so I see them lasting years. They are leather so not vegan friendly.

With the colder weather coming in I’ve had to use a lot of hand cream, though I have been using it on my feet as well which probably seems a bit weird. This Burt’s Bees Almond and Milk Hand Cream is amazingly thick and creamy and soaks in really well. It’s a lot thicker than most hand creams I’ve used recently and a tiny bit goes a long way, especially on your hands. I’ve found it works really well and doesn’t need that much on my feet and then put socks on so it doesn’t matter how much I use as it soaks into them as well when I’m in bed and doesn’t make a mess. It smells really nice too, it’s a true almond scent and not overly sweet or too strong which I sometimes find with almond things, they have a tendency to smell of marzipan pretty strongly and it just puts me off them. I think this is great if you have very dry hands and it’s cruelty free though not vegan friendly because of the ingredients.

One of the products I think I posted about in a recent purchases a while ago was Zest Hair Gelly from Lush. It’s a bit of an odd product, you actually have a lump of jelly in the pot and you get it out, rub it on your hands and then rub your hands through your hair. You just put the same bit of ‘gelly’ back in the pot again afterwards. It seemed an odd idea but I used to love the King of the Mods hair gel they did and disconned so got a sample of this and ended up buying a full size one. It lasts for ages and it works great for taming any flyaway hairs without it being obvious that there’s any product in my hair. It smells pretty strong in the pot of Orange Blossom which is pretty strong floral with a hint of citrus to me but when it’s on your hair it’s not that strong, there’s a hint that follows you but unless you’re near someone they’re not going to smell it, I would say it’s not one to get it you don’t like the smell though. I started using it when I cut my hair shorter and I liked it but I think it works best on slightly longer hair as it didn’t have the hold I wanted on my shorter hair and the shorter my hair is the harder it is to get it to stick in a style unless it’s heated or dries in that position.

There aren’t as many things in my monthly favourites this time and I think a few of them are either hard to get or discontinued but there are similar products out there. I think most of these are rediscovering things I’ve had for a while or it just becoming the season where I wear or use them more, I’m not sure there’s anything in here, apart from the necklace, which I bought within the past month or two.