I recently made an order from the new store ShopBXB when they had their opening sale though I only got two things. As the order was on the 5th November and it arrived today I was happy with the time it took to get here, I didn’t realise it was coming from Fiji and it was well packaged so the products were fine even with the box looking slightly battered.

Also, sorry if this post looks a bit off, the post creator has changed and I don’t know how to make the photos the size I normally do them so I’ll have to play around a bit to get it to look like my other posts. 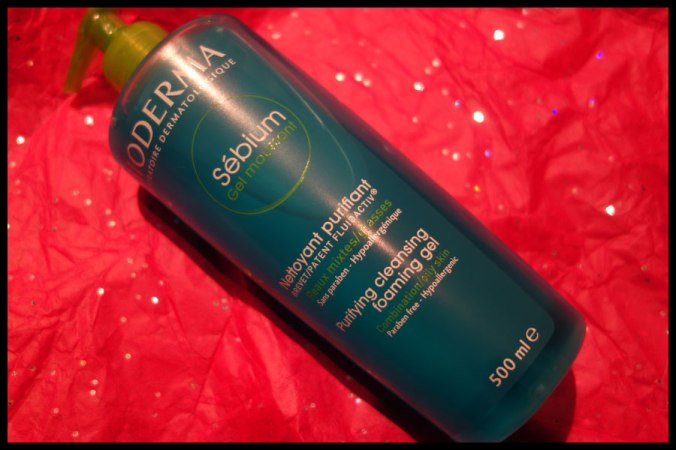 The first thing I got was the Bioderma Sebium purifying cleansing foaming gel, it cost $14 (an online converter say it’s £9.20) at the time though I found it now and it’s £25 for the same 500ml bottle. I can’t really find anywhere besides amazon and eBay that sell it in the UK and there the prices range quite a bit. It says it’s for combination or oily skin and, although my skin is often fairly dry, I find that the combination/oily products tend to work well with reducing my acne and as it was so cheap and I’ve heard quite a bit about the make I thought I’d give it a go. I’ll have to see if it’ll be worth repurchasing at the full price but with the size of this bottle it’ll last a while. 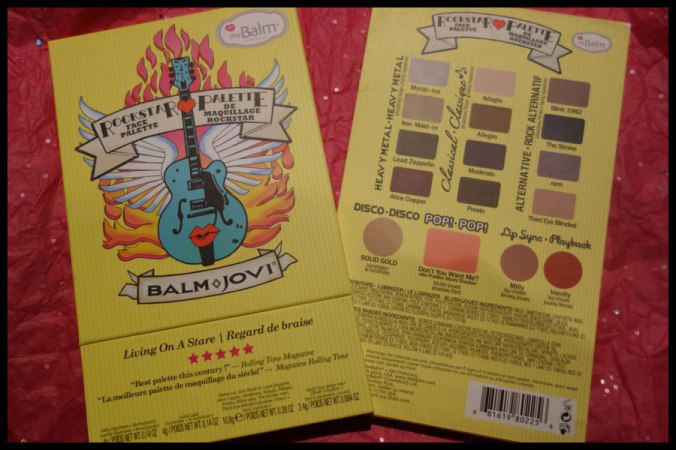 The second thing I bought was the thing I was mainly making the order for and it’s the Balm Jovi palette from theBalm. At the time this cost $36.55 (£24.02) but now it’s £28 so the saving wasn’t as big on this one but it was cheaper than in Superdrug which is the only other place I’ve seen this in the UK. I have wanted this palette for ages but I would have had to rely on eBay and buy from America which normally had pretty high shipping even if the palette itself was cheap. It has 12 eyeshadows, one highlighter, one blush and two lip/cheek stains. I love the names in this one, they’re all based around music and the different columns of eyeshadows have different themes along with the highlighter, blush and the two lip/cheek stains. The blush is just the Frat Boy blush renamed which I have heard mainly good things about so it’ll be nice to try something that I know exists outside of a palette. The outer packaging is a bit dented in the corner but I’m happy with it as the products themselves are fine and the powders have survived better than they sometimes do within the UK. I will definitely be playing around with this and reviewing it soon, even if I am way behind and this isn’t exactly a new palette in the beauty world.

This is another short post and I didn’t really buy much but I just wanted to do it anyway because I am so excited about that palette! Have any of you guys got it? What do you think of it?

There might be a few recent purchases posts coming up as I’ve done a couple of orders with Christmas presents in as well as a couple of advent calendars, apparently not being able to sleep and being awake at 3am had it’s advantages as I managed to get an M&S beauty advent calendar, the next time I checked at 1pm they were out of stock. Would you guys prefer I do the similar recent purchases in one? Like the Boots and M&S beauty together and then do the Christmas decorations I’m getting after? (I may be slightly in love with the Paperchase range this year) Or would you prefer me to do the different stores separately like I have done in the past?