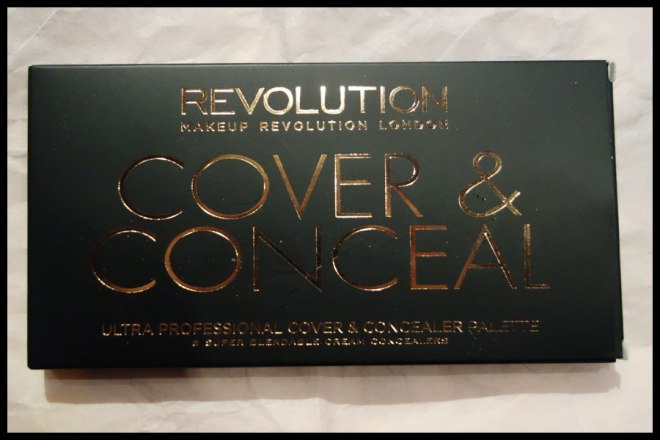 I recently bought the Makeup Revolution Cover and Conceal palette as a replacement to the old Elf concealer palette that I used to love but is no longer sold in the EU. I’ve heard good things about the company in general and liked the range of colours so went for the light and crossed my fingers it would be the right colour for me. I should probably have learned by now that online purchases of concealer and foundation type things is not the best idea but luckily this was a pretty good match, I think that’s probably due to the range in the palette and the fact they can be mixed.

This can be found on their own website but I bought it on the Superdrug site, I think it’s also available in some stores but I haven’t seen it near me. It costs £6 and the Superdrug site is here though it doesn’t say it’s the light one, it’s the lightest of the three using the pictures. It is also available in medium and dark, though I haven’t seen either of them in person the dark does not appear to be all that dark to me going by swatches and the official pictures.